Tips on Character Interaction at the Disney Parks - Inside the Magic 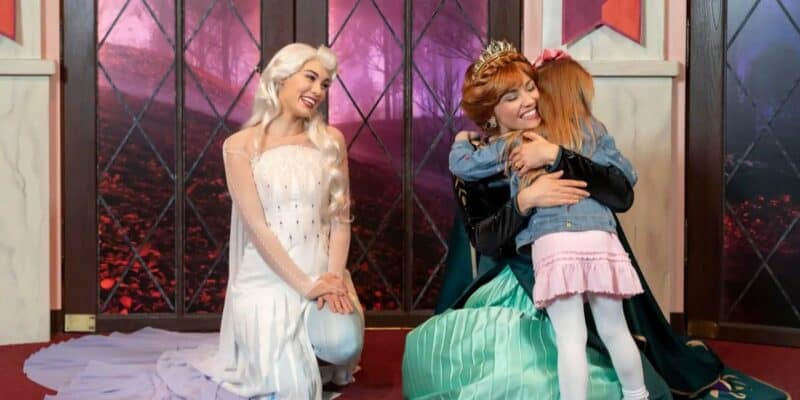 The Disney Parks are magical places to visit. Whether it’s for a quick day trip with friends or a vacation with family, you’ll never know what memories you’ll make while visiting the Parks. From thrilling attractions to magic moments throughout a parade or nighttime show to certain themed dining experiences, there are exciting experiences around every corner.

Besides all these opportunities to explore at the Parks, there are other experiences that are typically missed, ignored, or just underrated, which are character interactions. Character interactions can make or break the Guest experience, and there are so many options for characters to meet, depending on which Park you are visiting, what time of year (for instance, there may be more villains in the Parks around Halloween), and what type of character, such as face or fur.

Do’s for Interacting With Disney Characters

Visiting characters can be fun for any age group, whether you have children who are experiencing the wonder of Disney for the first time and get to meet their favorite Pixar character or Disney princess, or even if you’re a “Disney Adult” who enjoys going to the Parks for that sense of nostalgia and visiting with characters you’ve known and loved over the years.

Related: The Disney Character Meet-And-Greets Most Worth Waiting For

Recently, a former Cast Member shared some advice about getting the best character interactions. Here are some of their tips when specifically visiting characters with children:

The ex-Cast Member also provided some other tips to have the character experience go smoothly in general:

One of the ways you can enhance your meet and greet experience is by asking questions, sticking within the “universe” that the character would know (i.e. don’t ask the princesses about Star Wars). PlanDisney has some great ideas for prompts to ask characters, especially princesses. For example, you can ask Belle if she’s read any good books lately or Tiana if she has any family recipes to share with you. Questions like these can help lead to better conversations and interactions.

Disneybounding is also another fun way to spark this interaction by dressing similarly to the character you wish to meet or someone from their story. It also makes for a cute photo to remember your Disney trip later.

Don’ts for Interacting With Disney Characters

A recent Business Insider article shows a perspective of a former Cast Member who was a fur character. They share some great points about what not to do as well. Some of these tips include points mentioned previously, including don’t ask uncomfortable questions and don’t force your children to meet the characters if they’re scared. But here are some other points to keep in mind as well:

Overall, just be respectful and kind when interacting with characters, character handlers, and anyone you encounter at the Parks. This will greatly add to your experience, not just with meeting characters but at the Parks overall.

At this point, you know the basics of what to do and, more importantly, what not to do, when interacting with Disney characters. The next step is to find these characters. Disneyland and Disney World, for example, have lists on their websites of where to find some of these characters.

At Disneyland for instance, you can meet Tinker Bell in Pixie Hollow, princesses like Belle, Cinderella, or Ariel at Royal Hall, or even Mickey Mouse and his pals throughout the day on Main Street, U.S.A.

And at Disney California Adventure, you can find Anna and Elsa at the Disney Animation Building, Pixar characters from films like The Incredibles or Toy Story at Pixar Pier, or even Lightning McQueen or Mater at Radiator Springs in Cars Land.

At Disney World, on the other hand, there are several opportunities to meet and greet characters. At Magic Kingdom Park, you can meet Aladdin and Jasmine in the Agrabah Bazaar in Adventureland, Winnie the Pooh and Tigger at the Thotful Spot in Fantasyland, or even princesses like Cinderella or Tiana at Princess Fairytale Hall.

At EPCOT, you can find several characters, especially at the World Showcase. Here, you can meet Belle in France, Alice in the United Kingdom, or Donald Duck in Mexico. And at Disney’s Animal Kingdom, you can find Minnie and Mickey at Adventurers Outpost in Discovery Island.

These opportunities listed are just a few of the many character experiences available across the Parks. You can also check the Parks’ respective apps during your visit to find specific characters, locations, and times as well.

Do you enjoy character interactions at the Disney Parks? Who are some of your favorite characters to find? Tell us in the comments!