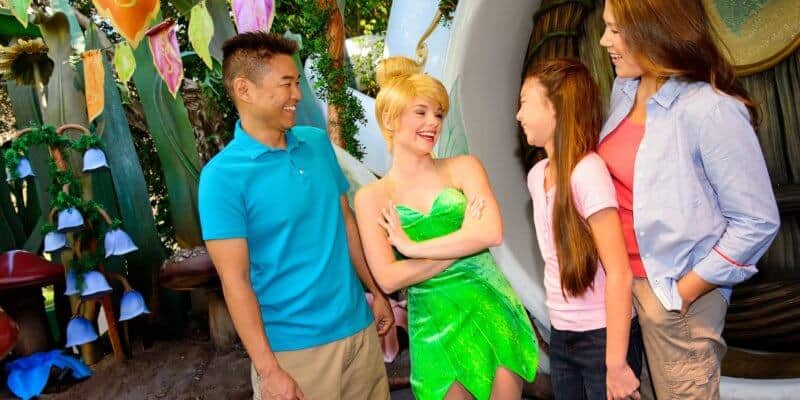 The Disney Parks are probably best known for their exciting, immersive attractions and entrancing nighttime entertainment like fireworks and light displays. However, one experience that might be skipped over by many is character interactions. Having the opportunity to meet and take pictures with your favorite Disney character is a unique experience that many visitors to the Parks enjoy.

And although some Disney character interactions don’t go as planned, several Guests have expressed that “meh” characters quickly turned into their favorites, just through their experience meeting them.

User mouthwordpasta took to the Reddit community to find out other Disney fans’ experience with characters at the Disney Parks.

This is really silly but because of my recent visit, I’ve discovered a new love for Goofy. I’ve noticed that Goofy seems to always be pretty “extra” in videos of him I’ve seen online, it seems to be in his character, but when I ate at Tusker House on my recent visit he gave me extra attention that I still think about and smile about every so often. He complimented my shirt and held a conversation with me, it just really brightened my day in a way that wasn’t the usual “hello, here’s a high five/hug, have a nice meal”. A couple days afterwards I bought a Goofy Nuimo to commemorate the Goofy that made my day that day. It’s safe to say that he’s my favorite now. I’ve been taking the Numo everywhere with me as a source of comfort because of how much that interaction touched me.

If you’re the Goofy from the Tusker House out there somewhere, thank you for bonding with me over our shared interest in the expedition Everest yeti and making such a funny joke about Mickey being too cheap to fix it. It really brightened my day.

Others in the Disney Parks Reddit forum were quick to respond with how their perspectives on characters shifted as they interacted with them at the Parks. For instance, user Khaleesioftheunburnt talked about a memorable past experience with Snow White:

Snow White has never been my all time favorite princess…until she spoke with my boys. She took time to get on their level to talk with them. She was soft and graceful on a level that I wasn’t prepared for. Now my oldest nephew is in love, and my son has memorized all facts that he can learn about her. The way she spoke them, touched their little hands, and made them feel special turned me into a blubbering mess on the sidewalk. She was just as soft and sweet as the character she was portraying.

Another commenter, Dizzly_313, discussed their family’s interaction with Peter Pan:

My son has autism and while costume characters didn’t bother him, he really didn’t know how to interact with face characters. On our first trip to Disneyland (pre-Covid) we didn’t plan to meet any characters, but ended up running into Peter Pan while walking between rides.

Peter was so good with my son, even though he probably couldn’t understand him (he has a speech delay and his words were pretty hard to understand when he was younger). Peter even encouraged my son to stand on Peter’s feet and walk with him. I still have the pictures and now Peter Pan is my favorite face character.

Some other commenters talked about their positive experiences with Chip and Dale, Tiana and Naveen, as well as several favorite villain characters, including Gaston, the Evil Queen, and Dr. Facilier. The commenters explained how these Disney character interactions helped them have a more magical experience at the Parks.

Interactions with characters can either make or break your experience at the Parks. In this case, though, the good character experiences outweighed any negative experiences. Next time you’re at the Disneyland Resort or the Walt Disney World Resort, check the Park’s app to see which characters are around that day. If you keep an eye out, you also might find some characters walking around the Park unscheduled. You never know who you might run into at the Parks!

We want to hear from you! What was one of your favorite character interactions at the Disney Parks?