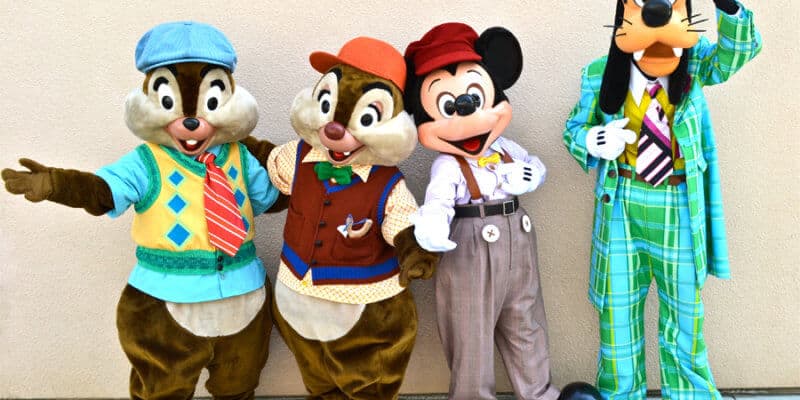 Meeting a favorite character is often high up on Guests’ itineraries when visiting the Disney parks.

Character dinings like Hollywood Studios’ Hollywood & Vine, EPCOT’s Garden Grill Restaurant, or Goofy’s Kitchen at the Disneyland Hotel offer even closer views with characters mingling around dining tables, stopping briefly for a chat or an autograph.

Then of course there’s the option to join a queue to get face time with specific characters, with wait times ranging from minutes to hours.

All of those options however can eat into precious park time, making them less than ideal for Guests with long to-do lists.

One Guest recently shared a hack on TikTok that allows for one on one time with several characters, with little to no wait.

User @pincessshannon posted a clip of a specific area in EPCOT where Guests can catch “a bunch of characters.” On a little road between America and Italy, the TikToker spotted around seven of them interacting freely with visitors.

“I checked off meeting so many special characters here today,” @pincessshannon said in a voiceover.

Among those caught on camera were Goofy, Mr. Penguin, Daisy Duck, Tigger, Mr. Smee, and more.

A former Cast Member commented on the likely cause for such rare and unplanned sightings in such a random location.

“They are most likely new training cast members,” Alexander Hernandez wrote. “That’s the area I trained at when I was a character attendant.”

The original poster said that the trick is to catch the characters at the right time and on the right day, but added that it was a dependable spot for quality, up-close interactions.

Do you have a favorite spot to meet with characters? Let us know in the comments!