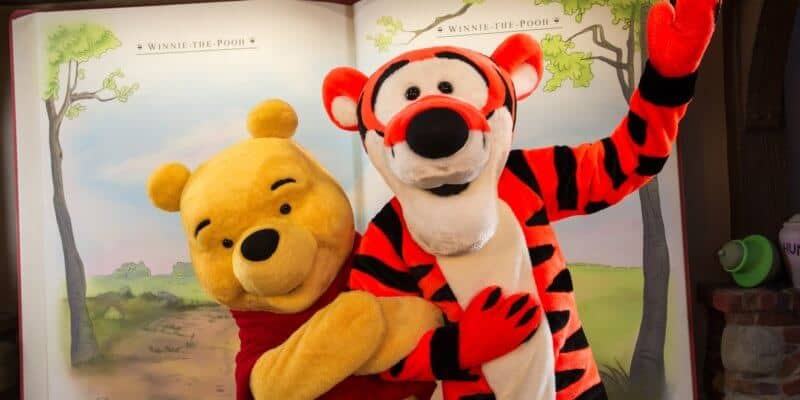 Character interactions are a good indicator of a successful Disney Parks visit. When you get to interact with your favorite princess, Fab 5 member, or villain, this can definitely help you have a more magical Parks experience, whether you’re visiting the Disneyland Resort, Walt Disney World Resort, or one of the international Parks!

However, some Guests can get carried away with the interaction and ask for the Disney characters to pose for photos in a way that the character wouldn’t normally do, which former Disney Cast Members call “inappropriate,” as it is outside of the character, film, or universe integrity.

In a new TikTok, user @helenjp1313 discusses this topic and how Guests should ask for characters to pose for photos instead.

In this video, @helenjp1313 responds to a previous comment, asking if Guests can ask Disney characters for specific poses when taking photos.

She responds that yes, you can ask characters to do so, but within reason, as you need to be careful with what you ask. For example, you can’t request characters to do “peace signs,” as it doesn’t fit their character’s background or their universe.

The poster then explains that there is currently an upswing in these types of interactions for social media clout. She points out that this can be dangerous for the characters. As noted in a text box in the video, she pleads with Guests not to put characters in an awkward position, as they could get reprimanded or even fired for doing something out of character.

One example of an “appropriate” pose that the user gave is of her and Cinderella. When they wore similar shoes, she asked Cinderella if they could take a photo of their shoes together, which was a perfectly fine request.

Overall, as the poster states, be mindful and respectful when interacting with Disney characters at the Parks. And if you want a specific pose, make sure it’s within reason and that you ask nicely. Not only will this process make the character experience better for you and other Cast Members, but you’ll also be making sure that the characters won’t get reprimanded for something that could easily be prevented.

Which character do you try to find at the Parks? What makes these Disney character interactions special to you? Share your thoughts below!