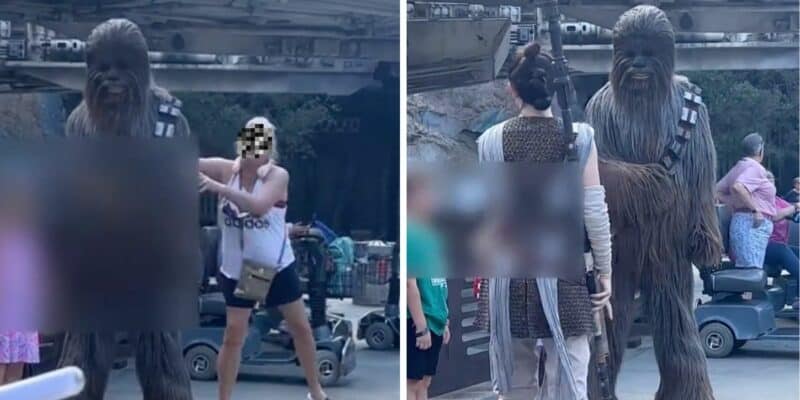 At Disney’s Hollywood Studios, Guests will find all sorts of fun and unique things to do. From the Tower of Terror to Rock ‘n’ Roller Coaster, this Park offers thrill seekers a lot of fantastic rides.

But, of course, Guests can also live out their own Star Wars adventure at Star Wars: Galaxy’s Edge with incredible rides, jaw-dropping theming, and a level of immersion you have never seen from Disney before.

Of course, a big aspect of this land comes with all of the incredible characters Guests have the opportunity to meet such as Rey, Kylo Ren, Chewbacca, and tons more.

Visitors on Batuu may also run into First Order stormtroopers and Vi Moradi, Princess Leia’s spy who was created specifically as part of the Galaxy’s Edge backstory. Fennec Shand and Boba Fett have debuted at Galaxy’s Edge at Disneyland Resort, but have not yet made their way to Walt Disney World Resort as of June 2022.

The Cast Members who portray these characters are incredibly talented and are super quick with their ability to interact with Guests.

Unfortunately, Guests do not go through the same training.

A TikTok, which went viral, shows a fun interaction between several children and Rey and Chewbacca at Star Wars: Galaxy’s Edge. The interaction is quickly cut short by an adult Guest who tries to share Chewbacca by yelling at him in touching him.

Don’t be that adult that ruins a nice interaction between kids and characters because you think you’re being funny.

After this bizarre gesture, Chewbacca and Rey quickly exit the area, cutting the experience short for the younger Guests.

It is incredibly important to remember to respect Cast Members even while they’re portraying your favorite characters from Star Wars, Marvel, or any other Disney franchise or property.

Guests are constantly reminded to manage their excitement when around the performing Cast Members, but unfortunately, some just cannot help themselves.