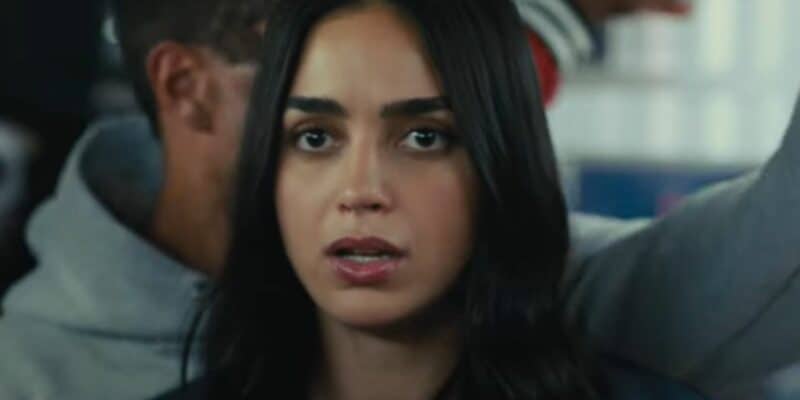 Just two weeks after the official trailer premiered online, Scream VI (2023) has now released its first poster, which is bursting at the seams with clues. On Christmas Day, the official Scream Twitter account shared the poster, which shows a festive Times Square whose billboards are occupied by Ghostface. But there are also several clues and Easter eggs dominating the image.

“what fun it is to slay tonight. #ScreamVI”

As you can see, there’s a lot to unpack in this poster. There’s the film’s tagline, “New York, New Rules”, and then there’s “Stab IX“, which means that a ninth Stab film has been churned out within the Scream universe (Scream will catch up in no time).

This might suggest that the killers in Scream (2022), super-toxic fans Richie Kirsch (Jack Quaid) and Amber Freeman (Mikey Madison), who started a killing spree to inspire a new Stab sequel based on real life (as they hated the reboot, Stab 8), actually got what they wanted.

But perhaps the most stand-out detail is “Wrongly Accused: The Musical“. Does this mean that there will be an in-film Stab musical of some kind, much like the Avengers musical “Rogers: The Musical” as seen in Marvel’s Hawkeye (2021)? Ghostface performing musical numbers?!

And lastly, there’s the fact that the poster is heavily Christmas-themed. While it’s likely that this is because Scream shared the image on Christmas Day, it’s entirely possible that Scream VI will take place over the Holidays, which will be a first for the franchise.

The poster also lends to our suspicions that the film will feature multiple Ghostface killers, as also teased in the trailer.

Have you spotted anything interesting in the new Scream VI poster? Let us know in the comments down below!