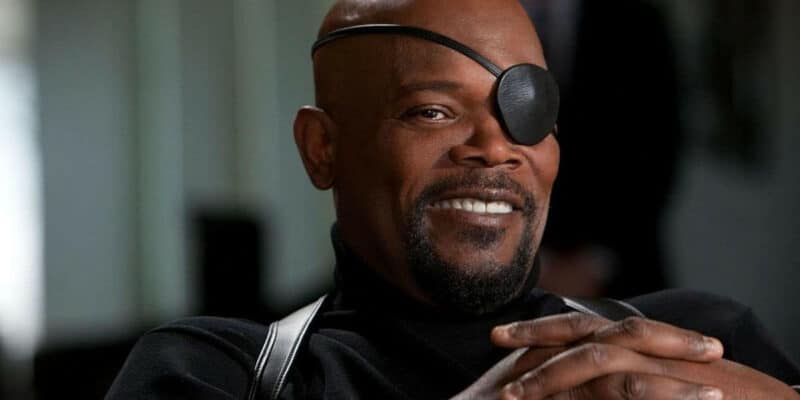 Star of Ms. Marvel, Iman Vellani, shares her interaction with one of the greats.

Ms. Marvel has been one of the bright spots in Phase Four of the Marvel Cinematic Universe. For years, DC had a commanding hold on TV programming with popular offerings like The Flash, Arrow, and Supergirl. Marvel struggled to keep up for a while in that arena, but recently, Marvel Studios has been stepping up their game with short-form series.

Bringing in their A-list talent from films in the Marvel Cinematic Universe, alongside other talented performers, Marvel Studios has produced some fantastic content starting with the almost psychedelic Wandavision. The first of the Disney+ Marvel series, Wandavision took audiences on a journey through grief and acceptance. With outstanding performances from Elizabeth Olsen and Paul Bettany and mind-blowing design, it was a solid way to start.

The other offerings from Disney+, despite a mixed audience reception, offered in-depth looks into things like Post Traumatic Stress Disorder, systemic racism in Falcon and the Winter Soldier, and the grey area of morality in Loki. Each of these shows was an impressive next step in the Marvel Cinematic Universe, but they also dealt with characters with which the audience was already familiar. The next planned entries would be introducing new characters to the canon.

One such hero was Kamala Khan/Ms. Marvel (Vellani), a young Islamic teen, a child of immigrants, who, in the Marvel Cinematic Universe canon, awakens powers within her thanks to a bangle that had been passed down in her family for generations. Ms. Marvel (Vellani) would be introduced to be part of the larger project, The Marvels (2023), alongside other Marvel superheroes, Carol Danvers/Captain Marvel (Brie Larson) and Monica Rambeau/Photon (Teyonah Parris). This would undoubtedly be a daunting task without a little bit of guidance.

As part of an interview with AP Entertainment, covered by The Direct, Vellani shared her experience meeting Marvel veteran Samuel L. Jackson (Nick Fury) on the set of The Marvels.

“I remember when Sam Jackson was on set, I had this whole laundry list of questions for him. And I was asking him like, ‘What’s the best characteristic of an actor?’ Or something like that. And he was like, ‘Patience.’ I was like, ‘Yes, Sam, you right. Patience.’”

The actress took the advice to heart! In the rest of her interview, Vellani discussed how endeavoring to cultivate patience helped her with all the moving parts and setbacks of working on any film set. Jackson wasn’t the only star to give Vellani advice, however. The Ms. Marvel star also discussed an interaction with Brie Larson before the filming of the series, talking about how it was nice to have her as a guide through this whole process.

“There’s a sense of loneliness that comes with just being the only superhero on set. She definitely dealt with that on Captain Marvel. For me, I was the only person in a superhero costume, which is a little scary. Everyone is gonna look at you when you’re wearing the shiny piece of Spandex.”

Related: “She’s Going to Be Captain Marvel”, Actress Shares Surprise Over Being Cast In Role Originated By Brie Larson

This advice and counsel from both Larson and Jackson has been excellent guidance for a star who is just beginning her journey in the Marvel Cinematic Universe. Fans can look forward to seeing Iman  Vellani, Brie Larson, Teyonah Parris, and Samuel L. Jackson in the new film from Marvel Studios, The Marvels, coming to theaters July 28, 2023.

What do you think about the advice Iman Vellani received? Let us know in the comments below!