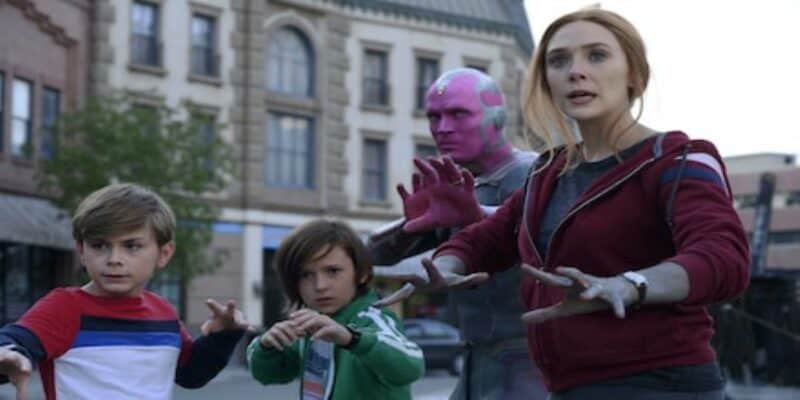 A new actor joins the cast for Kathryn Hahn’s Agatha Harkness: Coven Of Chaos, who might replace an MCU actor.

At the start of Phase Four, fans spent several weeks speculating who Kathryn Hahn’s character was, and it came as no surprise that she was Agatha Harkness, a witch well known to work with Mephisto. While the MCU’s Devil hasn’t appeared, reports indicate that Ironheart may introduce fans to Mephisto after all this time.

After all those weeks of speculation, Marvel decided that WandaVision would create a few spinoffs such as Hahn getting her own series and Paul Bettany going to discover who he is as the White Vision. Elizabeth Olsen’s Wanda/Scarlet Witch continued her story in Benedict Cumberbatch’s Doctor Strange in the Multiverse of Madness (2022) as her story with the Darkhold took a dark turn.

As the antagonist for the sequel, Wanda showed how far she would go for her children, which led to her madness. Thankfully, in the end, she realized her mistake and destroyed the Darkhold, but fans haven’t seen her since. Many fans speculate that Coven of Chaos might include Wanda’s next appearance, which would make sure as Wanda’s children, Billy and Tommy, are rumored to be in the series.

Variety did announce that Joe Locke will be joining the cast, and his role was kept under wraps. Rumors speculated that Wiccan (Billy) would be in the series as Marvel reportedly was looking for a Wiccan and Hulkling for the series.

Related: Kevin Feige May Have Helped Create Another Marvel Universe

It’s hard to figure out why Wiccan and Hulkling would be part of Agatha’s story, but it seems that Agatha isn’t done tempting Wanda with the family she always wanted. Ironheart will release before Coven of Chaos debuts, but the series could set up some significant events for the series as Mephisto could use Agatha in a grand scheme that he has made to lure Wanda back into the MCU.

Mephisto would make sense to have a role in the series, but fans will theorize whether or not Mephisto will appear in the series once it debuts because old habits don’t die. The Mephisto watch will resume with Ironheart and probably continue for Coven of Chaos because fans are very eager to see Mephisto enter the MCU.

Wiccan’s role in the series could be that Mephisto has brought Wanda’s son back from her Hex reality and demands she accepts a deal with the devil to get her children back. This would also help set up another member of the Young Avengers if Joe Locke is indeed playing Wiccan in the series.

Do you want Mephisto to appear in Agatha: Coven of Chaos?