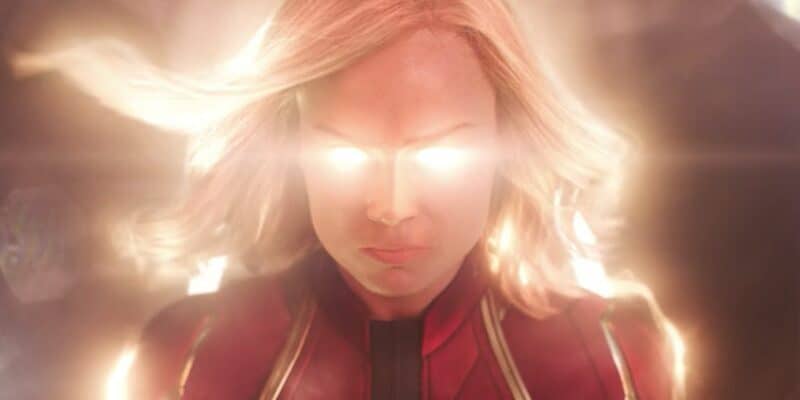 One Captain Marvel actress has confirmed she is not scheduled to appear in any more future Marvel Cinematic Universe projects, but desperately wishes to return.

Next year sees the cosmic sequel to Anna Boden and Ryan Fleck’s Captain Marvel (2019) debut exclusively in movie theaters. What was once a solo follow-up to the billion-dollar movie is now an ensemble-led affair with multiple Marvels appearing in the 2023 Marvel Cinematic Universe movie.

The Marvels will seemingly tie together Captain Marvel, WandaVision, and Ms. Marvel, while also continuing on with the Multiverse Saga Marvel boss Kevin Feige laid out in Hall H at San Diego Comic-Con this summer. DaCosta’s Marvel film will be the second feature in Marvel Phase Five which starts on February 17 with Peyton Reed’s Ant-Man and the Wasp: Quantumania (2023). The third movie in the Ant-Man series will officially debut Jonathan Majors as Kang the Conqueror following his role as He Who Remains in the Disney+ series, Loki starring Tom Hiddleston.

Back in 2019, Brie Larson made her debut as Carol Danvers AKA the titular Captain Marvel. While the Marvel film made a controversial splash, it netted over $1 billion at the global box office and firmly cemented the cosmic-powered Avenger as a powerful force in the MCU. Captain Marvel would later play a pivotal role in the battle against Thanos in Avengers: Infinity War (2018) and Avengers: Endgame (2019).

What Captain Marvel also did was provide a backstory into Carol’s life before she became the superhero and her future adventures with Nick Fury (Samuel L. Jackson). McKenna Grace played young Carol in Boden and Fleck’s movie, and it is this Captain Marvel actress that no longer has any plans to star in future MCU projects. Speaking to ComicBook, and when asked about coming back to the MCU, Grace said:

“Oh, my gosh, I wish. That would be so cool. I’ve always wanted to do a Marvel film. I did do Captain Marvel, but I have not come back since. And if I do, I will be honored. Hey, that’d be cool.”

Over the course of the MCU’s long tenure, many stars have been part of the franchise, and while many have had multiple appearances, plenty of actors have come and gone in one movie. Grace is one such example, but as she says, she is hopeful for a future with the live-action Marvel Universe.

There may be a chance that McKenna’s potential return to the MCU could be in the form of a new character. It’s been seen before that actors have played multiple characters in the franchise, most recently, Gemma Chan starred as Sersi in Eternals (2021) after previously appearing as Minn-Erva in Captain Marvel.

As for Nick Fury, Jackson’s Marvel Comics-inspired character will appear in Secret Invasion on Disney+.

Are you looking forward to seeing The Marvels? Let us know in the comments down below!