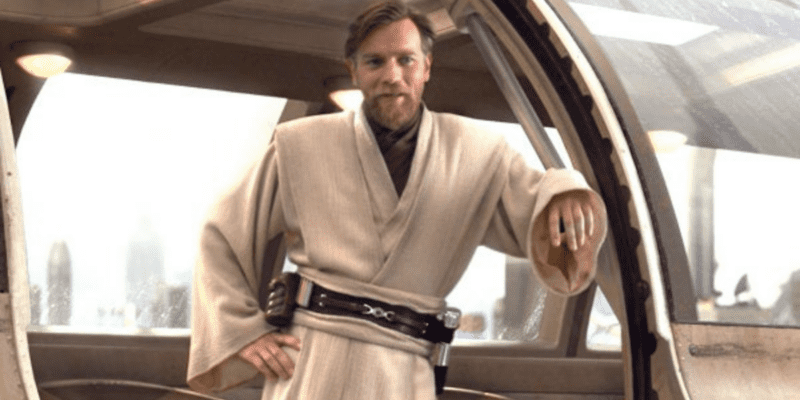 One of the post popular characters from the entire Star Wars franchise, since his introduction in Star Wars: Episode IV – A New Hope (1977) has to be Obi-Wan Kenobi (Alec Guinness/Ewan McGregor). When audiences first met him, he was the wise sage, and mentor to the young, soon to be Jedi, Luke Skywalker (Mark Hamill), who’s untimely death did not hinder his return as a Force Ghost to continue to mentor the boy who was the Jedi’s “last hope”. He also gave us our first hints at a prequel trilogy, mentioning how Anakin Skywalker (Sebastian Shaw/Hayden Christensen) was not only a great star-pilot, but also had fought alongside him in the Clone Wars.

Then, in Star Wars: Episode I – The Phantom Menace (1999) George Lucas introduced audiences to a much younger Obi-Wan (McGregor), this time, an apprentice himself to a Jedi Knight, Qui-Gon Jinn (Liam Neeson), going on perilous adventures around the galaxy on behalf of the Jedi Council. Through the next two films, Star Wars: Episode II – Attack of the Clones (2002) and Star Wars: Episode III – Revenge of the Sith (2005), audiences saw Obi-Wan (McGregor) mature as he became mentor to Anakin (Christensen), and later, a Jedi Master, and member of the Jedi Council. Tears were shed along with the character as he had to face down the friend and brother he had trained, who had become Vader (Christensen).

The beloved character, and the actor who played him in the prequels returned to the Star Wars galaxy just this year with the release of Obi-Wan Kenobi (2022) on Disney+. Despite a mixed reception for the series, fans were thrilled to see the return of the hero, and, in a wise move, Disney release a Legacy Lightsaber package based on the weapon of the Jedi. The Obi-Wan Legacy Lightsaber sold out in a matter of minutes after it’s release, leaving thousands of disappointed fans waiting in line with empty carts. Some even tried finding the collectors item at the parks, only to be told they were out of luck…Until just recently that is.

Without any sort of announcement or fanfare, the online store, shopDisney, restocked the Obi-Wan Kenobi Legacy Lightsaber package. This package deal, which costs the same amount as a custom lightsaber from Savi’s Workshop in the parks, includes quite a bundle. Purchasers will get not only a hilt designed to be an exact screen replica, but also a hilt which will fit the Disney lightsaber blades, including the kind that can be purchased at Savi’s. The package also includes a lightsaber belt clip for the Jedi on the go, and a display stand for that elegant weapon from a more civilized age.

There’s no telling how many are in stock this time, or how quickly they will go, but odds are this won’t be available for long, and with the recent announcement from shopDisney of two new lightsabers to be available at Dok Ondar’s in the parks, odds are this saber won’t be another addition anytime soon, but, with so many lightsabers in cannon, and even more announced regularly, there’s always plenty to choose from to write your own Star Wars Story

What lightsaber would you like to see from Disney? Let us know in the comments below!