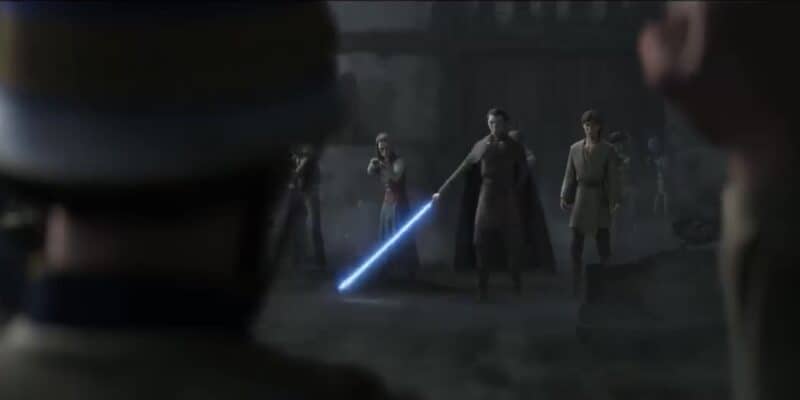 Disney has finally given Star Wars fans an update on the release of two highly anticipated lightsabers that will surely make a fine addition to any collection.

After several months of complete silence, Disney has finally given fans a long-awaited update regarding the release of a fan-favorite lightsaber hilt, along with a surprise second hilt debuting tomorrow to celebrate the premiere of Star Wars: Tales of the Jedi.

As shared by shopDisney (@shopDisney):

Qui-Gon Jinn’s lightsaber was announced earlier this year during the Star Wars Celebration. Still, Disney had not given any updates on the status of the high-demand collectible, making many fans question if the lightsaber would actually make its way to their collection.

Count Dooku’s lightsaber is a surprise, to be sure, but a welcome one, as Disney officials had not announced this lightsaber. While a version of Count Dooku’s lightsaber is available at Star Wars: Galaxy’s Edge at Disneyland Resort and Disney’s Hollywood Studios in Walt Disney World Resort, this is a different version of the elegant hilt, most likely from Dooku’s time as a Jedi, which could mean that the blade on this hilt could be blue, the color that Count Dooku used during his time in the Jedi Order.

Disney commented that these new hilts will be available exclusively online at the time and that they do not have any updates on their availability at Disneyland Resort and Walt Disney World Resort at the moment. Inside the Magic will keep you updated on the debut date of these two new lightsaber hilts at Star Wars: Galaxy’s Edge in Disneyland Resort and Walt Disney World Resort.

Earlier this year, Disney released Obi-Wan Kenobi’s lightsaber, which immediately flew off the shelves and sold out on the shopDisney website. We’ll have to wait and see if the same happens to these two new lightsaber hilts. You can visit shopDisney.com to buy Qui-Gon Jinn or Count Dooku’s lightsaber.

Will you add Qui-Gon Jinn or Count Dooku’s lightsaber to your collection? Let us know in the comments below!