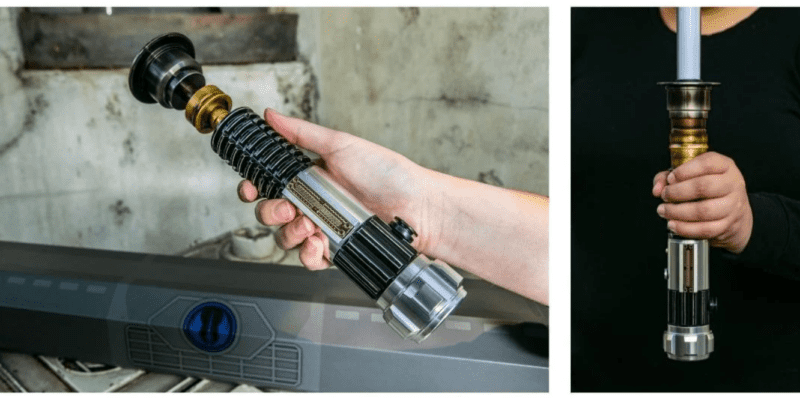 With the release of Obi-Wan Kenobi, fans of the Star Wars franchise were eager to add Obi-Wan’s legendary lightsaber to their collection.

While it was announced that Obi-Wan Kenobi’s Legacy Lightsaber set would soon be released at Dok-Ondar’s Den of Antiquities, this extremely popular collectible also became available for pre-order at shopDisney on May 31st at 7:00 am PT. Thousands of fans tried to claim this fine addition to their collection, but as has happened dozens of times, the highly requested item sold out in minutes.

Fans took to Twitter to voice their experiences while trying to purchase this elegant weapon for a more civilized age. User @CliftonSith39 shared a screenshot as they were in line to enter the shopDisney website, with over nineteen thousand people ahead of them. Seeing these numbers, it’s easy to realize why the lightsaber set was sold out only minutes after the release window.

While many were disappointed to miss this presale opportunity, fans will still have the chance to purchase this lightsaber set when it is released in Star Wars: Galaxy’s Edge and other Star Wars retail locations at Walt Disney World Resort and Disneyland Resort later this year.

Fans who were able to complete their purchase can expect to receive this intergalactic package around October this year, which will include Jedi Master Obi-Wan Kenobi’s hilt, a blade, a belt clip, and a display stand for the iconic lightsaber.

Other hilts coming to Dok-Ondar’s Den of Antiquities at both Walt Disney World Resort and Disneyland Resort later this summer include those of Jedi Master Qui-Gon Jin, Jedi Master Plo Koon, and Darth Sidious.

Guests making an intergalactic trip to Black Spire Outpost at Disneyland Resort and Walt Disney World Resort will also find new creatures like an adorable Therii plush or a Gorg plush, as well as a Camatono Case featuring a customizable lock feature and a sleek cylindrical design similar to the one seen in The Mandalorian.

Similarly to what happened in 2020 when fans voted for which lightsaber hilt they’d most like Dok-Ondar to add to his Den of Antiquities, resulting in the release of the Cal Kestis Legacy Lightsaber Hilt earlier this year, fans can vote for their favorite lightsaber from a group of models owned by Jedi Knights of the Republic to be added to Dok-Ondar’s collection soon. Fans can cast their vote now and through June 10th by clicking here.

Here’s an official description of this new Star Wars Story:

Do you want to add Obi-Wan Kenobi’s legendary lightsaber to your collection? Let us know in the comments below!