Disney Announces New Price Increases In 2023 - Inside the Magic 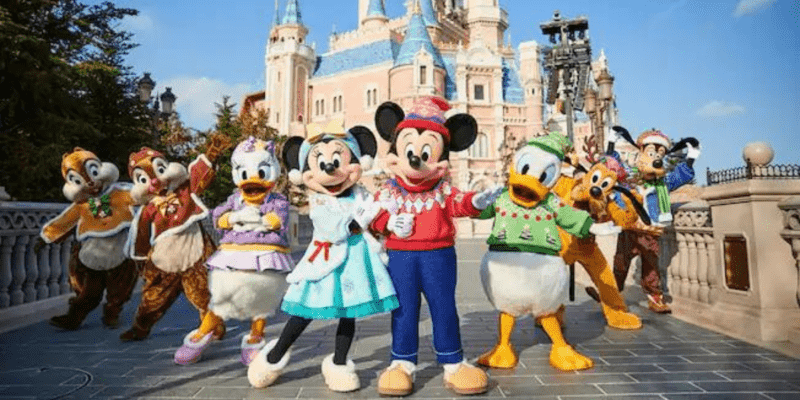 Disney recently announced multiple price increases going into effect next year. Not exactly a magical way to kick off 2023…

Disney Parks are some of the most popular destinations worldwide, welcoming millions of families eager to experience the magic of Disney storytelling through immersive attractions and experiences, world-class entertainment offerings, memorable character interactions, and so much more. However, many fans think that Disney is losing its magic due to constant price increases and several modifications that have affected thousands of Guests’ visits.

To add to that, Disney announced a new price increase to go into effect in 2023, not the Christmas gift thousands of fans would’ve expected.

The site states, “Starting June 23, 2023, Shanghai Disney Resort will adjust its pricing rate for admission to Shanghai Disneyland.” According to the Shanghai Disney Park’s price increase, the new four-tiered pricing structure – Regular, Regular Plus, Peak, and Peak Plus — will be as follows:

Shanghai Disneyland adjusted the Park’s admission prices around this time last year. While the Park offers discounts of approximately 25% for children aged 3 to 11, seniors, and Guests with disabilities, the coming price increases could impact attendance at the Shanghai Disney Park.

Earlier this year, Disney also announced a significant price increase to all admission tickets to Disneyland Resort, along with variable pricing for Genie+, which recently reached an all-time high price.

Shanghai Disney Resort has powered through a series of closures and reopenings since the COVID pandemic started, but that hasn’t stopped the Resort from continuing to develop titanic projects, including the construction of an all-new themed land inspired by Disney’s hit film Zootopia (2016), a breathtaking exhibition showcasing the world of Pandora to celebrate the premiere of Avatar: The Way of Water, and even a brand-new restaurant inspired by Donald Duck and his friends.

What do you think of this coming price increase? Will your visit to Shanghai Disneyland be affected by it? Let us know in the comments below!