Disney Characters Continue to Disappoint Guests, "Left Me Heartbroken" - Inside the Magic 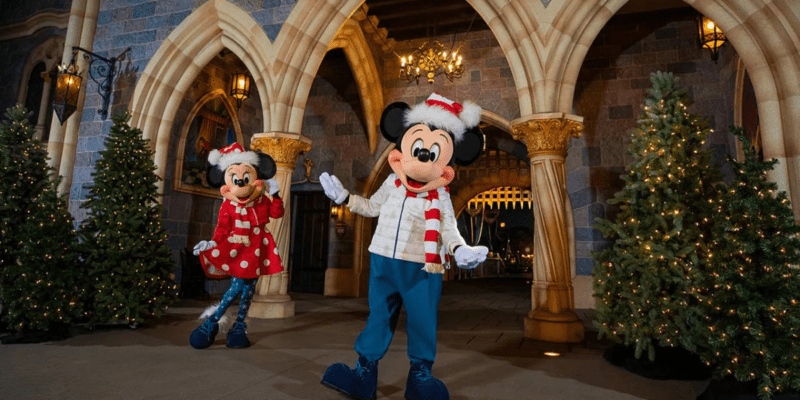 Guests are unhappy with their latest experiences visiting Disney Parks, as Disney characters and their attitude towards Guests continue to disappoint.

While Disneyland has been a staple of family fun for nearly 70 years. With timeless attractions that take Guests on a journey along some of their favorite Disney characters like Peter Pan, Winnie the Pooh, Lightning McQueen, Tow Mater, Ariel, The Incredibles, Spider-Man, The Guardians of the Galaxy, and many more, world-class entertainment offerings like Fantasia at Disneyland Park and World of Color at Disney California Adventure, mouth-watering snacks, highly immersive themed lands, and of course, the chance to meet and hug your favorite Disney character whether that be Mickey Mouse, Goofy, Pluto, Donald Duck, Captain Jack Sparrow, Loki, and even Chewbacca.

However, it would appear that character interactions at Disneyland Resort are taking an unpleasant turn for many Guests, as there have been several reports of characters being rude to Guests, both kids, and adults. One of the latest incidents involved Minnie Mouse, who wanted nothing to do with a Guest who was left heartbroken.

Krystal Everdeen (@krystaleverdeen) posted a TikTok video about her recent experience while visiting Disneyland and how Minnie Mouse left her heartbroken after putting a lot of effort into creating a look inspired by the beloved Disney character. In the video, Krystal mentioned she waited for hours to meet Minnie Mouse on the day she visited Disneyland Park thinking that she would be so excited to see her outfit, which was almost identical to Minnie Mouse’s holiday look.

Related: Guests Shocked After Disney Character Flips Them Off During Parade

Unfortunately, Minnie was apparently underwhelmed to meet Krystal, as she commented that Minnie just pointed at her to stand beside her and take the photo avoiding any further interactions despite Krystal’s efforts to make Minnie notice her outfit. “That was the least magical experience I’ve ever had. I was just really sad,” added Krystal.

Krystal continued to describe her experience by saying that she was “like third in line,” commenting that Minnie had no reason to be rushed at the time of their interaction, and added that “usually they’re like really, really interactive,” referring to her previous character interactions. She even mentioned that she met Goofy, Pluto, and Mickey Mouse on the same day and that they were fantastic, which is typically how characters interact with Guests.

“I’m just trying to, like, make sense of this. Why I feel so offended and sad that Minnie did that to me. Especially after hours of waiting for her, like legit sitting down and waiting for her,” said Krystal, adding, “Pluto and Goofy really saved the day, so thank you to those characters.”

“Everyone has bad days, & that’s okay! Make sure you always treat others with kindness as you never know what they are going through(: We love our cast members! The main reason I shared this experience was so you know you’re not alone if u go through something similar,” said Krystal, adding, “Disney is for everyone. From anywhere, any background, any age.”

Unfortunately, this is not the first time Minnie Mouse has had a mishap with Guests, as recently, a video went viral in which Minnie pushed a young girl around to get her to take a picture quickly, similar to what happened to Krystal. You can read more about this unfortunate incident by clicking here.

What do you think about this interaction? Have you noticed Disney characters behaving differently during your recent Disneyland trips? Let us know in the comments below!