Cast Member Reacts to Minnie Mouse’s Mishap, "You Don't Know What It's Like" - Inside the Magic 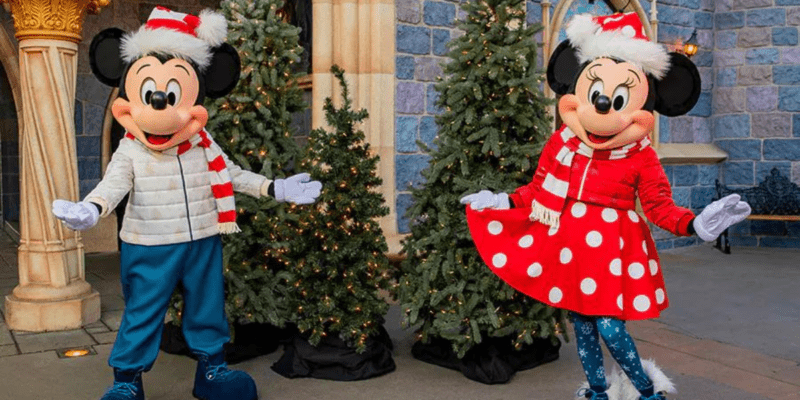 Minnie Mouse was recently in the eye of the storm due to a polemic video where she can be seen allegedly being rude to a young girl, pushing her around instead of being the sweet character we all know and love.

Disneyland Resort in Anaheim, California, has more than enough reason to be considered “The Happiest Place on Earth.” With timeless classic attractions including Peter Pan’s Flight, The Haunted Mansion, Pirates of the Caribbean, “it’s a small world,” Walt Disney’s Enchanted Tiki Room; new immersive experiences like Star Wars: Galaxy’s Edge, Avengers Campus, and Cars Land, world-class entertainment offerings, and the chance to meet some of your favorite characters like Mickey Mouse, Minnie Mouse, Goofy, Donald Duck, and Pluto, Guests visiting Disneyland are sure to have a magical experience they will never forget.

However, not everything remains magical all the time, as we could see a few days ago when a video in which Minnie Mouse is allegedly being rude to a young girl went viral. In it, we can see Minnie Mouse pushing around a little girl to make her face the camera instead of welcoming her with a hug. You can click here to watch the original video.

The reason for this behavior was not explained in the original video, but recently a former Cast Member has come forward to address the situation, giving an experienced insight into the whole ordeal.

Dapper Manatee (@dappermanatee) recently posted a video giving his opinion on the unfortunate incident, commenting that he never worked in the entertainment department of the Parks and that he doesn’t fully understand all the situations, but that the character was most likely being rushed to interact with a large group of Guests, as holiday crowds are swarming Disneyland, and that Minnie was more focused in getting the picture taken fast than in interacting with the young Guest.

Dapper Manatee added that this has probably happened a million times to a million characters, but now everybody’s got a phone, and after the massive problem at Sesame Place earlier this year, everybody’s on edge. “Do I think Minnie was trying to be mean? No, I do not think she was trying to be mean. Were improper choices made? I do feel they were,” said Dapper Manatee, adding, “Was Minnie right? No. Should you cut her some slack? Yeah! You don’t know what it’s like to be in the head of Minnie. Smells real sweaty.”

As Dapper Manatee points out, Minnie Mouse’s intention was never to be rude to the young girl, but the Cast Member was probably unable to react as Guests would’ve expected either because they were being rushed, couldn’t see from inside the costume, or any other reason.

Was Minnie wrong to treat this Guest that way? Should Guests be more understanding to Cast Members? Let us know what you think in the comments below!