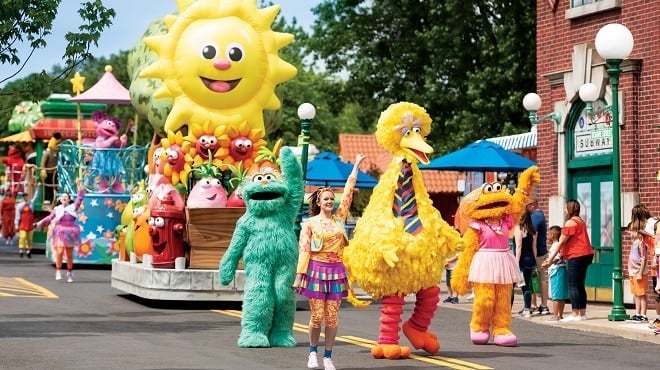 Families are still enraged and awaiting a resolution after a series of claims of racial discrimination claims at Sesame Place Philadelphia.

After a series of racism and discrimination claims came to light, Sesame Place in Philadelphia, Pennsylvania, came under heavy and constant criticism. With several videos and claims of different characters snubbing black kids and treating them poorly, it was hard for the Philadelphia theme park to handle the situation.

From criticism online, extensive coverage by the media all over the country, calling for a boycott of the theme park, and even a protest held at Sesame Place Philadelphia, the situation seemed to be a never-ending problem for the company. However, it would appear that it has all been swept under the rug, as no actual resolution has been provided for the family that started it all.

What is the current situation at Sesame Place?

After the initial report that unleashed a massive wave of discrimination claims at Sesame Place Philadelphia, the Brown family hired an attorney to represent them through the lawsuit filed after the incident.

Attorney B’Ivory LaMarr, along with Rev. Jesse L. Jackson Sr. and a group of activists, met with Marc Swanson, CEO of SeaWorld Parks & Entertainment, in August in hopes of commencing an open dialogue to see how the Park could improve and discuss the harm that was caused to the Brown family by the incident. The Brown family was not present during this initial meeting but was scheduled to meet with SeaWorld Parks & Entertainment CEO a few weeks after.

However, the family was snubbed once again when CEO Marc Swanson failed to arrive at the meeting earlier this month.

Per The Philadelphia Inquirer, Attorney B’Ivory LaMarr stated that, while the Brown family was due to meet with Marc Swanson, CEO of SeaWorld Parks & Entertainment, they were met by attorneys and corporate representatives in New York instead, even after Swanson said he would “fly anywhere” to meet the family.

Per CBS Philadelphia, LaMarr commented the following regarding the meeting:

To appease the Brown family and the community at large, we were presented with the illusion that SeaWorld Entertainment wanted to “do right” and mediate the matter; however, what was labeled a mediation this week, shifted to a meeting where the Browns were finally able to voice their concerns and then offered a sandwich and cookies.

LaMarr said they are monitoring the ongoing $25 million lawsuit filed against SeaWorld by another firm and that all other options are on the table. He added that SeaWorld has failed to provide an update on the employment status of the employee who, while dressed as the Sesame Street character Rosita, apparently refused to high-five the two girls and that the family has been invited to return to the Park, despite saying it would cause the children to relive the trauma endured in July.

In July, a video went viral showing the Sesame Street character Rosita seemingly refusing to wave off two black girls during a parade at Sesame Place Philadelphia, unleashing a massive wave of interactions that revealed a seeming “history” of racism at Sesame Place. You can see the original video below or click here to watch it.

#BabyPaige & her cute lil friends went to  @SesamePlace this weekend to celebrate Paige’s 4th birthday & this is how #SesamePlace treated these beautiful Black children. I’m HOT.

The video and the series of racism and discrimination claims that followed it enraged people across America, who called for a boycott of the theme park and sparked a massive backlash against the company.

Sesame Place Philadelphia issued the following statement in response to the video:

Our brand, our park and our employees stand for inclusivity and equality in all forms. That is what Sesame Place is all about and we do not tolerate any behaviors in our parks that are contrary to that commitment. We also are, and have always been, committed to making sure every family and every child has the best possible experience at our parks and we are incredibly disappointed when that does not happen. Regarding the incident yesterday, the costumes our performers wear sometimes make it difficult to see at lower levels and sometimes our performers miss hug requests from guests.

The performer portraying the Rosita character has confirmed that the ‘no’ hand gesture seen several times in the video was not directed to any specific person, rather it was a response to multiple requests from someone in the crowd who asked Rosita to hold their child for a photo which is not permitted. The Rosita performer did not intentionally ignore the girls and is devastated about the misunderstanding. We spoke to the family and extended our apologies and invited them back for a special meet-and-greet opportunity with our characters. We apologize to these guests for not delivering the experience they expected and we commit to do our best to earn their and all guests’ visit and support.

However, people considered that the statement was insufficient to address the situation.

A second statement was released by Sesame Place, which shockingly mentioned “families” and “incidents” in the plural, adding to the outrage caused by the incident:

We sincerely apologize to the family for their experience in our Park on Saturday; we know that it’s not ok. We are taking actions to do better. We are committed to making this right. We will conduct training for our employees so they better understand, recognize and deliver an inclusive, equitable and entertaining experience to out guests.

For over 40 years Sesame Place has worked to uphold the values of respect, inclusion and belonging. We are committed to doing a better job making children and families feel special, seen and included when they come to our parks.

Following the Park’s initial statements, Sesame Place announced the implementation of diversity and inclusion training to be conducted at the Park. A statement released on August 9 announced that all employees would be mandated to participate in training created to address bias, promote inclusion and prevent discrimination by the end of September. The training would be integrated into onboarding for all new employees, becoming “a regular part of our training and workforce development,” the statement added.

President of Sesame Place Philadelphia Cathy Valeriano said the Park has already begun implementing temporary measures while a Park review continues. “We are committed to making sure our Guests feel welcome, included and enriched by their visits to our Park,” she added.

The situation escalated so much that Sesame Workshop, the organization behind Sesame Street and the Park’s licensing, released a statement addressing the unacceptable incidents at Sesame Place Philadelphia. The statement reads:

Sesame Workshop is aware of the recent incident at Sesame Place Philadelphia, which we take very seriously. What these children experienced is unacceptable.

We have been in contact with Sesame Place, our licensed park partner, and they have assured us that they will conduct bias training and a thorough review of the ways in which they engage with families and guests.

As a global nonprofit educational organization with a mission to help children grow smarter, stronger and kinder, Sesame Workshop has always stood for respect, inclusion and belonging and is committed to providing the highest quality engaging experiences for all children and families. We hold our partners to the same high standards. We will continue working with our long-term partner Sesame Place to ensure that appropriate actions are taken and that incidents like this do not happen in the future.

Many called for revoking the Philadelphia theme park’s licensing, forcing it to close. However, no further actions were taken by Sesame Workshop regarding the incident.

While Sesame Place Philadelphia introduced some corrective measures, many still believe that the Park can do more to mend the damage the incident the Brown family and many more had to endure.

What do you think of the incident? Do you believe Sesame Place and SeaWorld Parks & Entertainment could be doing more to repair the damage? Let us know in the comments below.

Comments Off on The Aftermath of Racial Discrimination at Sesame Place