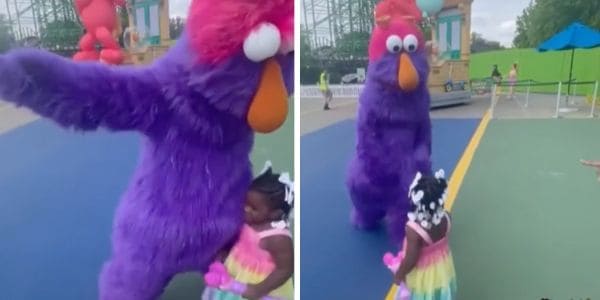 Another video has been found involving a bizarre encounter between a Sesame Street character and a small child.

Related: Over a Dozen Families Robbed During Visit to Popular Theme Park

The Park has come under fire recently for hidden price increases and now finds itself at the center of an even more pressing controversy and media firestorm. As stated earlier, a concerned mother shared a video of her two daughters watching a parade at Sesame Place, eagerly hoping to get a hug from the Rosita character.

Unfortunately, this is not what happened as the two children were quickly turned down, almost as if they were invisible or purposefully ignored.

This sparked instant backlash online in spaces like Twitter, with hundreds of users calling the encounter an example of racism. Sesame Place issued a statement and an apology, but many weren’t sure what was said made up for the unfortunate situation.

More and more examples of racism have come out now, being spread on social media, and now, another shocking video has been found. The video shows a Sesame Street character knocking down a small black child. The video was shared on TikTok and is linked below:

Not sure who’s in these @sesameplace costumes but this is completely unacceptable! 🤔#frobabies#sesameplace

As you can see, the character approaches the small child in what appears to be a fun, playful manner. However, as the character gets closer, the mascot becomes more aggressive. The child is eventually knocked over, which is where the video ends. We are unsure when the video was taken, but it appears to be fairly recent.

While the actions in the video were most likely an accident, it’s hard to watch even without considering the other incidents being reported from the theme park.

Sesame Place has not commented on this particular video.

Have you visited Sesame Place?