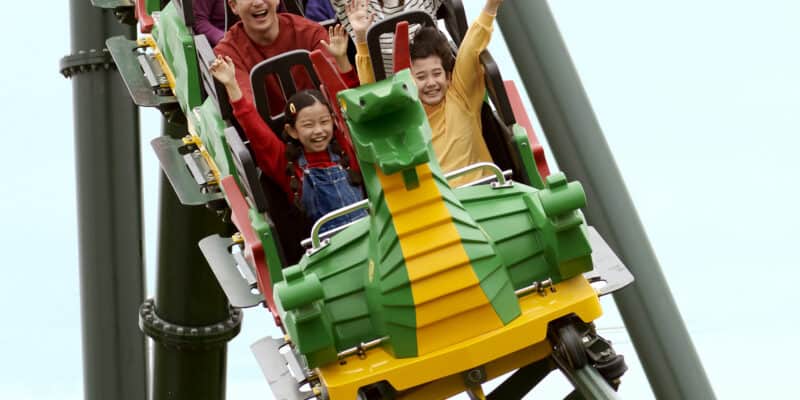 A series of thefts have ruined the vacation of over a dozen families visiting a popular theme park in Windsor, United Kingdom.

Local authorities have stated that 17 catalytic converters were stolen from LEGOLAND Windsor Resort’s parking lots between June 23 and July 3, leaving Guests “really angry” at the Park’s level of security. Catalytic converters are devices fitted to vehicle exhausts to reduce the amount of dangerous gases emitted. Thieves often target them as they contain valuable metals and can be removed in less than a minute.

LEGOLAND has stated that the Park has CCTV in its parking lots, and its teams have increased patrols since the thefts were reported. However, when a Guest spoke to security after his car and other six vehicles were struck by these robberies on July 1, the Park’s guards told him the CCTV wouldn’t capture anything because of the overgrown trees. “We will never return and the public should continue to be warned of this lack of care from Legoland,“ the angered Guest added in an interview.

Related: LEGOLAND Adopts Dreaded Admission System For the Rest of the Year

A spokesperson for Legoland said: “We’re very sorry to hear of the family’s experience at the Resort last Friday,” referring to the above incident, “and we’re working with Thames Valley Police to support them in their investigation.”

As of the publication of this article, LEGOLAND Windsor has not released any additional statement regarding further actions to be taken by the Park in response to these shameful incidents.

Guests visiting LEGOLAND Windsor Resort have the chance to fulfill their dreams of becoming knights, explorers, test drivers, and even pilots in this fascinating world of adventure! At the LEGOLAND Windsor Resort, there are over 55 rides and attractions where children can fly through the treetops to escape fearsome dragons, ride the thrilling rapids with a Viking fleet, join LEGO divers on a magical underwater adventure, and so much more.

The LEGOLAND Park has enough for several days of fun and action for the whole family. The LEGO experience continues even after the Park closes in the awesome LEGOLAND Resort Hotels, where Guests can spend the night in a fully themed bedroom and pick one of the five fun themes: Pirates, Adventure, Kingdom, LEGO Ninjago, and LEGO Friends.

What do you think about these incidents? Let us know in the comments below!