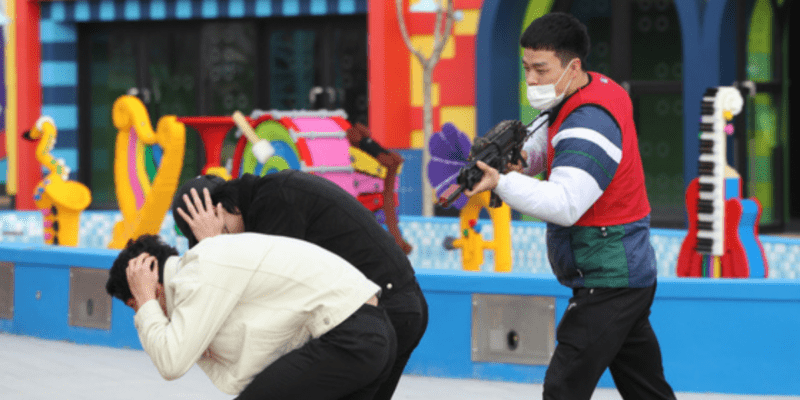 As LEGOLAND parks continue to grow around the world, they are inevitably exposed to unpleasant situations that could possibly endanger both Guests and employees.

In the city of Chuncheon, in South Korea, LEGOLAND staff took part in several anti-terror drills in collaboration with the Gangwon Provincial government, the Chuncheon city government, and the Korean National Intelligence Service. These drills are a part of LEGOLAND’s safety initiative to prepare for potential dangers such as fire and terror attacks.

The Chuncheon LEGOLAND Korea Resort will open on May 5, Korea’s Children’s Day, as the 10th LEGOLAND in the world, as well as the world’s largest one, with a site of over 70 acres filled with buildings, rides, and LEGO-themed attractions.

In LEGOLAND Korea Resort, Guests will be able to find over 40 interactive rides, shows, and attractions that will allow families to spend the whole day together exploring the seven Lego-themed lands the Park will offer. Tickets and annual passes are already available for families to plan their visit to this massive Resort.

With three locations in America, LEGOLAND California Resort, LEGOLAND Florida Resort, and LEGOLAND New York, LEGOLAND has so many things that Guests can see and do when they visit. AQUAZONE® Wave Racers allows Guests to feel the wind in your hair and spray in your face as you race the waves steer yourself around to dodge the water blasts. Getting wet has never been so much fun! They can also ride the Battle of Bricksburg, Beetle Bounce, The Dragon, Flying School, Coastersaurus, Kid Power Towers, Ningao The Ride, and more!

Do you think more parks should hold similar drills to train their employees? Let us know in the comments!