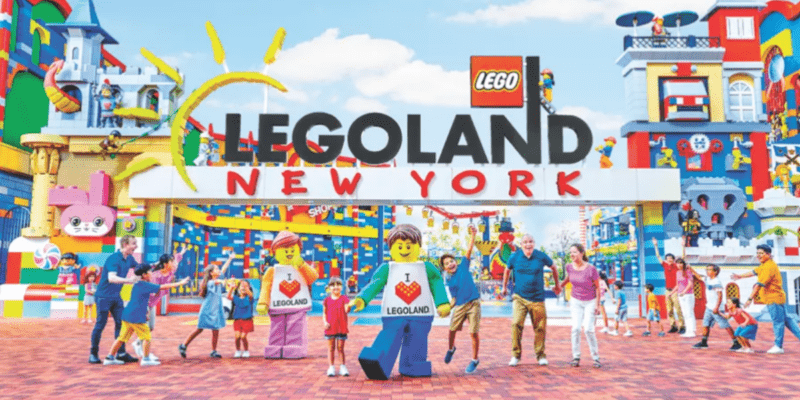 Are you ready for the “bricktastic” return of this nighttime spectacular?

LEGOLAND New York Resort recently announced that fireworks would return to the Park this weekend!

The announcement made on Twitter shows a short montage of the spectacular nighttime entertainment offering with fireworks illuminating the night sky above the Park and some of its Miniland landmarks.

Fireworks are BACK! The next 3 Saturdays – July 16, 23, and 30 – watch the most bricktastic fireworks spectacular at LEGOLAND New York! Book now!

Fireworks are BACK! 🎆 The next 3 Saturdays – July 16, 23, and 30 – watch the most bricktastic fireworks spectacular at LEGOLAND New York! Book now! https://t.co/XN7mY3u4Lb pic.twitter.com/BXkbwyZCxs

As mentioned, this bricktastic nighttime show will have presentations on July 16, 23, and 30. The Park will also have extended hours on the dates mentioned, with all rides and attractions welcoming Guests until 9 pm. Guests will also be able to get the party started earlier, with live music and lawn games beginning at 6 pm on Pirates Field and fireworks starting at 9 pm.

The announcement invites Guests to book a reservation for their visit to ensure access to the Park and the chance to enjoy this returning offering.

We recently saw LEGOLAND New York, as well as LEGOLAND California Resort, adopting a dreaded reservation system for the rest of the year. However, availability at both Parks seems to be much higher and accessible for Guests compared to other theme parks using this unpopular system.

Related: LEGOLAND Adopts Dreaded Admission System For the Rest of the Year

With this exciting nighttime show returning to LEGOLAND New York Resort, Guests just got another reason to visit the Park and enjoy all there is to see and do!

Will you visit LEGOLAND New York Resort soon? Let us know in the comments below!