Characters Are People Too: In Defense of Rushed Performers - Inside the Magic 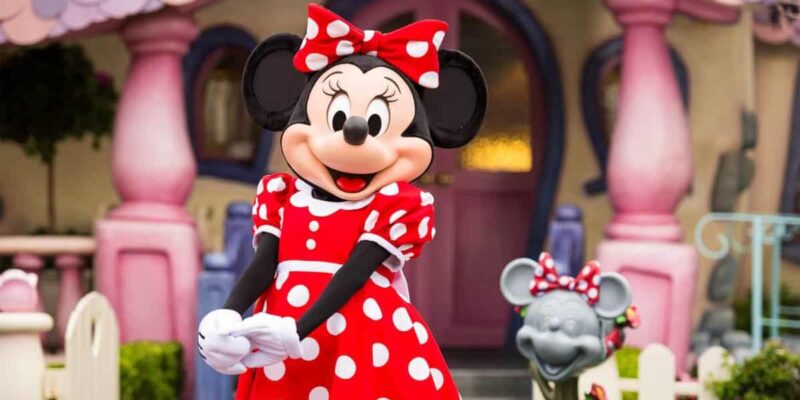 A recent video popped up on social media and TikTok depicting a less-than-enjoyable character interaction between Minnie Mouse and a little girl at the Disneyland Resort. While it appeared that Minnie was being a little rough with the young guest while getting her picture, it’s more than likely that this was a communication misunderstanding rather than any animosity.

TikTok user @dappermanatee had more than a few thoughts regarding the incident, but he also brings up a very significant point that even some of the most dedicated Disney fans sometimes forget. Despite their dedication to performing and bringing characters like Mickey, Minnie, Goofy, and others to life, the character performers are still human Cast Members in heavy, sometimes complicated costumes. The character Meet and Greets are some of the most crucial experiences for many Guests, so extra attention is given to their training and protocols, but perfection is an illusion even by Disney’s high standards.

What some fans don’t realize is that characters, both face and fur, are on set schedules for the amount of time they can spend out with the Guests. There are certain rules and regulations they have to follow while in character, and performers under complex masks and costumes aren’t immune from error. Even with their extensive training. Conditions for Cast Members haven’t been what most would call “ideal” as of late, as a mixture of Chapek’s drama and unruly Guest behavior hasn’t made things easy for either party involved, and this performer isn’t the only one working under some major stress in or out of a massive costume.

@dappermanatee pointed out that the primary reason the incident became so viral and was instantly compared to another negative character interaction from Sesame Place is simply because the performer was thrust into the virtual spotlight. “Now everybody’s got a phone… everybody’s on edge.”

A sad but true statement, but its through this lens that the performers lose their humanity and are seen more as avatars for the characters they represent. What was clearly a simple miscommunication has been blown out of proportion, and misconstrued. In short, working at the most magical places on earth isn’t an easy job, and Cast Members should definitely be given a little more slack than they recieve.

What did you thing of this interaction? Tell us in the comments below!

Comments Off on Characters Are People Too: In Defense of Rushed Performers