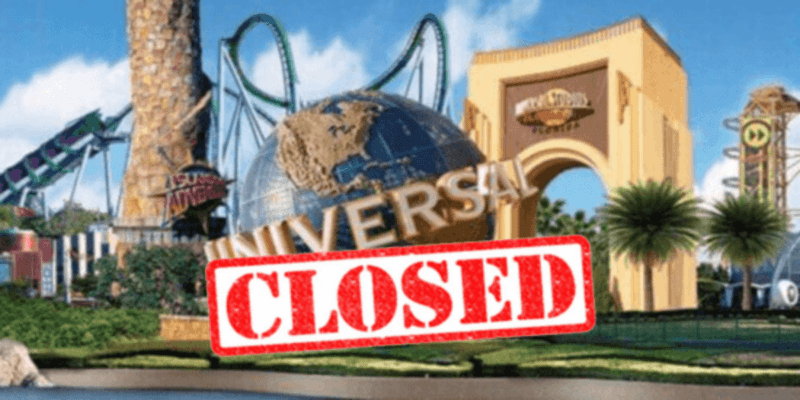 On Tuesday, Universal Orlando Resort announced that its Water Park, Volcano Bay, would close in anticipation of Tropical Storm Nicole.

Just minutes ago, the Central Florida Resort tweeted that Universal Studios Florida, Universal CityWalk, and Islands of Adventure will close early on Wednesday at 5 p.m. Universal Orlando Resort also anticipates a phased reopening of its Theme Parks on Thursday, November 10:

Due to Tropical Storm Nicole, Universal’s Volcano Bay is currently closed and Universal Orlando Resort, including CityWalk, will close early on Wednesday, Nov. 9 at 5 p.m.

Our hotels will remain operational as they focus on taking care of our guests.

We anticipate a phased and delayed reopening on Thursday, Nov. 10 and will update once we assess conditions.

This announcement comes soon after nearby Walt Disney World Resort announced multiple closures, including all four of its Theme Parks. Orlando International Airport (MCO) will cease all commercial operations on Wednesday at 4 p.m., with no reopening plans announced.

Tropical Storm Nicole is expected to make landfall as a Category 1 Hurricane before moving inland with tropical-storm-force winds. Orange and Osceola Counties are under a storm watch.

This is the second time Universal Orlando Resort has experienced closures this season due to a tropical storm. Tropical storm turned Hurricane Ian made landfall in October, surpassing Hurricane Dorian, Hurricane Matthew, and Hurricane Irma as the worst storm to target the region in years. Both Universal Theme Parks and CityWalk closed, and Halloween Horror Nights events were canceled.

Inside the Magic will continue to report updates on Subtropical Storm Nicole.