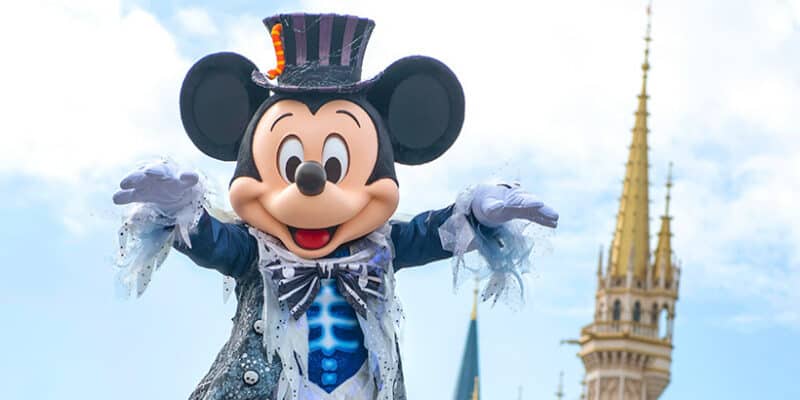 A major talking point, at least currently, about Disney Parks worldwide is how busy they are. Even with the Park Pass reservation system, Guests are battling crowds, long lines for merchandise and food, and even longer lines for attractions.

To combat this, one Disney Resort presented a plan to drive attendance lower in order to maintain an overall comfortable experience for visitors in what is being described as a major pivot.

Related: Fans Claim Disney Is The “Worst Place You Could Go” For Vacation

Disney Resorts across the globe welcome millions of Guests each year. From Walt Disney World Resort to Disneyland Resort, Disneyland Paris to Shanghai Disney Resort, and Hong Kong Disneyland to Tokyo Disney Resort, fans of the Mouse are flocking to the Disney theme park destinations in droves. While many horror stories on crowds and capacity being shared over the last year have shown a darker side of the post-pandemic theme park experience, operations to buffer this have been instilled at various locations.

The Park Pass reservation system is in effect at multiple sites including the United States Parks — Walt Disney World Resort and Disneyland Resort. In addition, the arrival of the paid “FastPass” system Disney Genie+ and Individual Lightning Lane Selections at the American Parks, and Disney Premier Access at Disneyland Paris and now Tokyo Disney Resort, aims to reduce standby wait times by offering Guests a chance to purchase their way into the line.

However, even with these, many Guests have complained about the crowded nature of the Parks; this, teamed with the increase in prices across the board as well as reduced operations for some experiences, has caused some to find the Disney experience significantly less magical.

Over at Tokyo Disney Resort, the only Disney Park to be wholly owned by another entity — The Oriental Land Company — has revealed plans to significantly lower capacity in order to create a more valuable and “luxury” experience for Guests.

Earlier this year, the OLC, released their 2024 and 2030 fiscal plans, with the former including a pathway to reduce capacity at the Resort’s theme parks, Tokyo Disneyland and Tokyo DisneySea. The original literature read:

The OLC Group will aim to offer a comfortable Park environment by bringing down the daily attendance limit to below the level before the COVID-19 pandemic started. Furthermore, 2 the Group will take flexible actions to meet diversifying Guest needs and roll out decisive new measures to help Guests find new experience value, thereby enhancing the value they gain from experience.

The “value” of a Disney Park visit recently came into contention as the polarizing CEO of The Walt Disney Company, Bob Chapek, used the term “unfavorable Guest” during the latest Earnings Call when discussing Disneyland Resort, leaving many to presume the Disney Chief was referencing the Resort’s Magic Key holders — local Guests who often don’t spend as much time or money at the Parks — at the time when the future of the annual pass program was up in the air.

When looking at Tokyo Disney Resort, the theme park based in Urayasu, Chiba, Japan, will actively bring down capacity. A report in the Japan Times shares that the number will be around a 20% reduction, with OLC President Kenji Yoshida saying:

“Our guests now have more time to use as they wish, and the value of their experience (at the parks) has increased greatly.”

The admission restrictions have given visitors the luxury of taking their time to enjoy the attractions of the Disney theme parks, while the amount of money they spend on dining there has also increased despite the pandemic.

“Previously, light meals available at concessions were in high demand, but the number of visitors who enjoy leisurely dining at restaurants has increased.”

Owned by The Oriental Land Company under license from The Walt Disney Company, the Disney Resort includes many Disney Parks favorites such as the Big Thunder Mountain attraction, Splash Mountain, and Peter Pan’s Flight across lands like Adventureland, World Bazaar, Critter Country, and Tomorrowland (all in Tokyo Disneyland), and the Mediterranean Harbor, the American Waterfront, and Mermaid Lagoon (all in Tokyo DisneySea). A new land, Fantasy Springs, will open at the Tokyo Disney Resort soon.

The reduction in capacity at Tokyo Disney Resort comes as the OLC announced a complete overhaul of Tomorrowland. The popular land in Tokyo Disneyland will get a complete refresh over the next few years, including a full remodel of the classic Space Mountain attraction.

Do you think this lower capacity model should be adopted across more Disney Parks? Let us know in the comments down below!