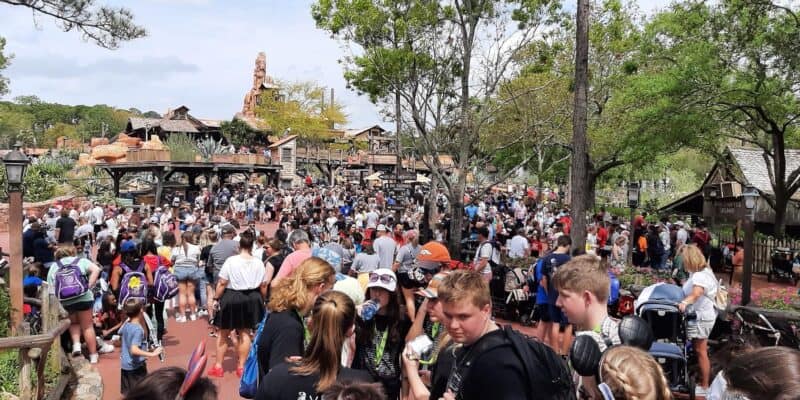 For many, a trip to Disney is the ideal, once-in-a-lifetime vacation for the whole family no matter what time of year. However there are certain times of the year that always seem more popular, and more crowded with quite possibly the most packed few weeks being Spring Break.

Hundreds of thousands of people head to the Disney Parks in Orlando, Florida, or Anaheim, California to have fun while out of school and who can blame them? A trip to Disney is an incredible way to forget about all of your homework and school responsibilities for a week.

However, because of the popularity of the Disney Parks during this holiday, the crowds can become absolutely massive. As we have covered in the past few weeks, Spring Break crowds are no joke at the Disney Parks. Magic Kingdom, EPCOT, Disney’s Hollywood Studios, and Animal Kingdom as well as the entirety of Disneyland have been booked to capacity multiple times with large crowds showing no signs of stopping.

With the insane crowds and long wait times, many might wonder if it’s actually worth visiting the Disney Parks during this holiday. One fan voiced this concern publicly on social media, which you can check out here. In the post, the user claims that Disney has to be “the worst place to spend Spring Break”, citing the previously mentioned long lines and huge crowds. Lots of users defended the Disney Parks but also admitted that Spring Break was a terrible time to go.

Related: Guest Gets Into Fight With “Karen” After Being Smashed By Stroller In Disney

One user actually said that Disney was “highly overrated” and “overpriced”. While that is debatable, no one can deny how crowded and jam-packed the Disney Parks are right now. Another said that you had to go to Disney during the “off-season”, however many debated whether that even exists anymore.

No matter the crowd levels now or in the past it seems that Guests are still visiting the Disney Parks at a huge scale, with the company reporting record profits and expecting the future to be just as successful.

Do you agree with these claims? Let us know in the comments below.