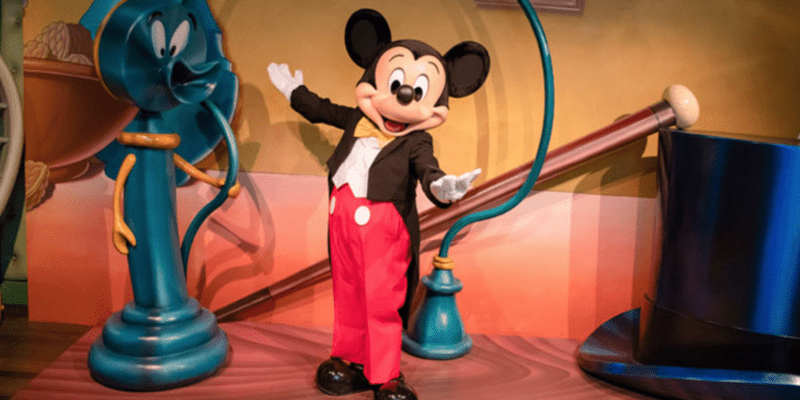 If there is one thing that has been made clear since operations (mostly) returned to normal at Disney Parks worldwide, it is that Guests from all over the globe missed their dose of Disney magic.

With crowds and attendance up at most locations, many visitors have noticed the crowded, sometimes overwhelming nature of a Disney Park, and it seems one theme park will be looking to reduce its attendance limit over the next few years.

Tokyo Disney Resort in Urayasu, Chiba, Japan, was the first Disney-themed amusement park that opened outside of the United States. After the success of Walt Disney’s first theme park, Disneyland Resort AKA The Happiest Place On Earth, and the Walt Disney World Resort in Orlando, Central Florida, The Oriental Land Company, through a licensing effort by The Walt Disney Company, opened Tokyo Disneyland.

All that to say, the Guest experience at the Tokyo Disney Resort is of paramount importance to The Oriental Land Company, and by association Disney Parks.

The Oriental Land Company has shared its goals for the next eight years in a recent release. In two documents, one a medium-range plan and the other more long-term, the company behind Tokyo Disney Resort detail many plans heading to the Disney Resort.

In the Group’s 2024 plan, they detail how they aim to build upon and develop Guest experience across Tokyo Disneyland and Tokyo DisneySea. They said:

The OLC Group will aim to offer a comfortable Park environment by bringing down the daily attendance limit to below the level before the COVID-19 pandemic started. Furthermore, 2 the Group will take flexible actions to meet diversifying Guest needs and roll out decisive new measures to help Guests find new experience value, thereby enhancing the value they gain from experience.

While capacity has been significantly reduced across most Disney Parks, with locations like Walt Disney World and Disneyland Resort utilizing the Theme Park Reservation and Park Hopper systems to combat crowds, it seems that Tokyo Disney Resort will continue to keep attendance limits lower than even pre-pandemic levels.

On attendance, The Oriental Land Company details its aim in keeping attendance lower:

Reducing the maximum attendance numbers per day from the pre-pandemic level will enable the OLC Group to better control the use of required resources on an ongoing basis and establish an operational structure capable of addressing environmental changes.

Tokyo Disney Resort will also seek to even out its current attendance levels:

…will also seek to minimize the difference in attendance levels throughout the year—that is, across weekdays, holidays, the high season and low season—and raise the overall annual attendance. The attendance in FY2024 is projected to reach around 26 million.

Through the opening of Tokyo DisneySea Fantasy Springs and the “remodeling of existing facilities”, the appeal of the Parks is said to attract a “higher level” of Guests and keep the Park environment consistently comfortable whenever Guests visit.

As for longer-term goals, the company’s 2030 plan is anchored by the need to bring more “Happiness” to Tokyo Disney Resort and its wider neighborhoods.

Guests visiting Tokyo Disney Resort can experience attractions across both Disney Park locations, Tokyo Disneyland and Tokyo DisneySea. The former takes on a classic Magic Kingdom vibe with the World Bazaar leading to the towering Cinderella Castle, rides like Adventureland’s Pirates of the Caribbean, Big Thunder Mountain at Westernland, or Critter Country’s Splash Mountain. At DisneySea, Guests can experience locations like the Mediterranean Harbor and American Waterfront.

Tokyo Disney Resort recently announced the major remodel of Tomorrowland and the complete rebuild of the beloved Space Mountain attraction.

Do you think Disney Parks attendance should be reduced across the board? Let us know in the comments down below!