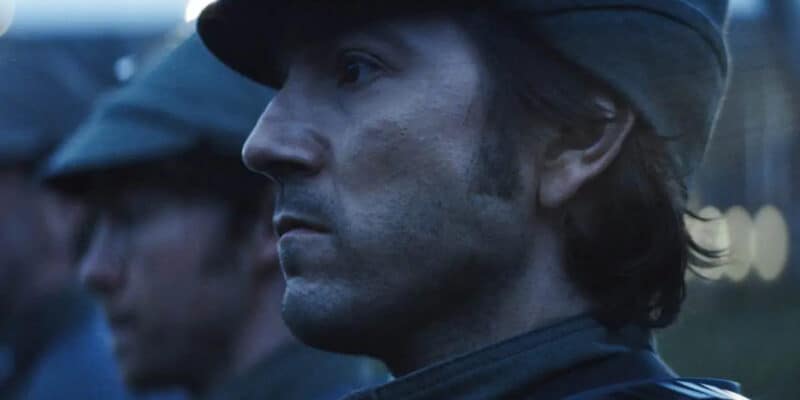 Typically, the Galactic Empire is seen as purely evil, committing atrocities left and right, but one Star Wars scene challenges that perspective.

Most of the time, Star Wars focuses on the terrible things the Empire does. With things like the Death Star, the Empire is in indeed evil, but that doesn’t mean that every person working for them is. Some people don’t have a choice or see the atrocities they commit. They serve because the Empire provides stability and order for the people in power which normally includes them.

Most imperials don’t grow up seeing the Empire steal from them because they are usually from a wealthier family that isn’t being exploited, and Andor shows the Empire stealing from poor minority groups and planning to destroy their sacred land on Aldhani.

Then there’s one scene where Star Wars gives up the traditional perspective on the Empire as the small rebel cell enacts their plan to steal the sector’s quarterly payroll. The rebels take the imperial engineer and the Commandant Jayhold and his family hostage in order to allow Jayhold to give them access to the payroll.

As they threaten to kill every hostage — including Jayhold’s mother and child — the imperial engineer pulls out his blaster to persuade the rebels not to kill the child. This moment leads to a tense standoff until Cinta arrives and quickly dispatches the engineer.

For once, Star Wars made it clear that not everyone in the Empire is evil since the engineer did the right thing in trying to protect from potentially being murdered in cold blood. Sure, the imperial probably isn’t the greatest person, but in that scene, he dies more like a hero than the villain.

Andor has been making big strides in making this part of the Star Wars galaxy more realistic with an emphasis on character-driven stories that have included sex, swearing and now morally grey actions leading the rebels to get their prize no matter what the cost.

In the end, the rebels are successful and steal around 80 million of credits which will catch the attention of the Empire. No one has stolen that much money before and probably won’t again since the Empire won’t want another incident like that to happen again.

What were your thought with this scene? Let us know what you think!