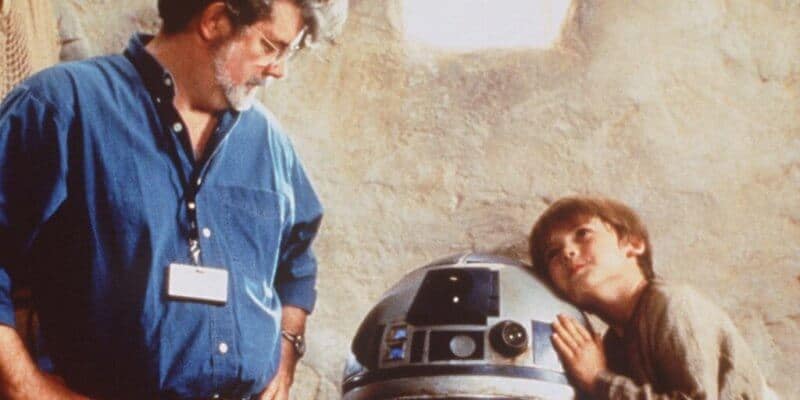 When fans first meet Mon Mothma in the series, it doesn’t take long for her to mention a pivotal moment in her career with the Rebellion that embraces one of George Lucas’s favorite story elements.

George Lucas would say this when he repeated a particular line in his movies or allowed a specific scene to replay. Fans often see this with lines like “I have a bad feeling about this” or “may the force be with you.” In The Clone Wars, fans got to see Anakin parallel Luke Skywalker from the movies, which was fun to see and allowed fans to understand how much alike they were as father and son.

In Andor, Mon Mothma arrives at her Coruscant apartment to find that her husband, Perrin has a dinner party ready for that night. When she checks the guest list, she is mortified that her opponents at the Imperial Senate will be attending.

When Perrin doesn’t see the problem and considers them a fun lot, she tells him how his “fun” friends had voted to block the shipping lanes to the Ghorman people. Due to their vote, they will starve, which is a pivotal reminder of when Mon Mothma’s relationship with the Imperial Senate will end.

Related: Grand Inquisitor Actor Wanted to “Honor the Character” By Not Watching ‘Rebels‘

One fan shared this subtle hint online since it will play a significant role in the Senator’s life:

Mon Mothma mentions that the Ghorman shipping lanes have been cut off and the Ghorman people will suffer. A few years later, the Ghorman massacre is the reason she finally leaves the Imperial Senate

Mon Mothma mentions that the Ghorman shipping lanes have been cut off and the Ghorman people will suffer. A few years later, the Ghorman massacre is the reason she finally leaves the Imperial Senate pic.twitter.com/5odDSyF8hc

Three years later, the Ghorman Massacre happened due to the Empire’s ambition and lack of interest in the people. After seeing so many dead civilians, Mon Mothma broadcasts a signal to the entire galaxy denouncing the Emperor and the Galactic Empire for their crimes.

From then on, Mon Mothma becomes a target and is considered a terrorist and traitor to democracy in Imperial propaganda, but it’s the start of her path to becoming one of the leaders of the Rebellion. Andor may show the Ghorman conflict more in detail and provide a new explanation for what happens.

In Legends, the Ghorman Massacre happens one year after the Empire’s rise to power when Wilhuff Tarkin lands his Imperial Star Destroyer on top of thousands of protesting civilians. Star Wars changed this moment to happen later on as Mon Mothma shares her broadcast in Star Wars: Rebels and makes the Rebellion an organized army instead of hundreds of small Rebel cells pestering the Empire across the galaxy.

This change was probably for the best, but it would be great to learn if Star Wars will use Tarkin’s brutality to kill so many civilians again or if Star Wars will completely change what happens. Since Andor Season 2 will end up right before Rogue One (2016), fans have a great chance to see the events retold in the series before seeing Jyn Erso enter the fight.