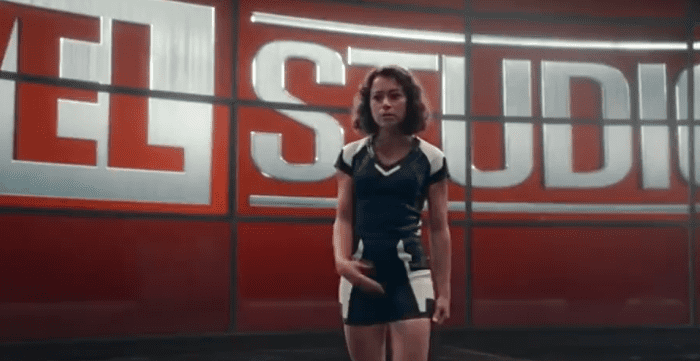 After waiting for several episodes to learn what happened to Mark Ruffalo’s Bruce Banner, fans finally get it in She-Hulk: Attorney At Law‘s finale.

Tatiana Maslany’s She-Hulk had the shortest MCU finale and surprisingly didn’t miss a beat as it bashed on other MCU endings with the same formulaic setup and decided to take a left turn to fix that. After She-Hulk scrapped her original ending and fought Marvel Studios onscreen — at this point in the article, if you haven’t watched the episode, you really should stop reading and watch the finale — to get the ending she deserved.

With Charlie Cox’s Daredevil visiting LA and spending with Jen’s family, everything is looking great for Jen as she keeps her job, fights Intelligencia the right way, and then sees her cousin Bruce show up. He is a little nervous and reveals that his visit to Sakaar was for a reason as he introduces to the Banner family his son, Skaar.

Fans only get a brief look at him before the series continues forward with resolving the rest of Jen’s story and promising a second season in the works– unofficially, but teased heavily– and fans should expect a Hulk movie if you can rely on K.E.V.I.N.’s word.

A World War Hulk movie was already teased, and Ruffalo isn’t good about secrets. Either Marvel will announce the new project very soon, or Ruffalo will let something slip soon. Now that the actor has been teased to get a new project, it’s only inevitable that the actor will slip, so it would be best for Marvel to make the announcement, or Ruffalo will accidentally do it for them.

Fans have wanted a Hulk movie for years, and Mark Ruffalo hasn’t even gotten his solo movie despite starring as the super hero for around ten years. This means that after playing the character for a decade, Ruffalo might just be worthy of getting his shot at a solo movie.

It wasn’t his acting that prevented him from starring in his own movie, but that Universal Studios had the movie rights and might have just ended, which is why Marvel planned to set up the future movie. If Hulk doesn’t get a movie, his family on Sakaar will undoubtedly be explained soon as Marvel wouldn’t introduce Skaar — a potential candidate for the Young Avengers — and just leave the character alone for years.

Did you like Skaar’s brief introduction? Let us know what you think!