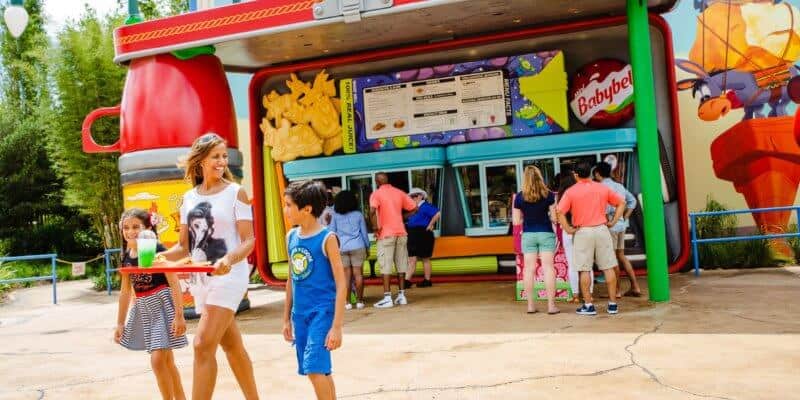 Last year, The Walt Disney Company announced that it would reduce portion sizes across the Disney Parks, a decision that CFO Christine McCarthy said would be “good for some people’s waistlines.”

At the time, McCarthy said that Disney had no plans to raise prices across Josh D’Amaro’s Parks, Experiences and Products division. However, it seems that decision has changed.

But that’s not all. At Walt Disney World Resort, those recently-reduced portions will now cost Guests more. According to the My Disney Experience app, Disney has increased the price of most food and beverage items across its Florida Theme Parks, Resort hotels, and Disney Springs.

Across Walt Disney World Resort, Dasani bottled water is up from $3.50 to $3.75. Smart Water is up from $5.50 to $5.75. Alcoholic drinks saw increases of up to $2.50 each across the Resort, including at Trader Sam’s, The Boathouse at Disney Springs, and Disney’s Typhoon Lagoon Water Park. At Table Service dining locations, wine prices were increased by as much as $6/bottle.

At Woody’s Lunchbox in Disney’s Hollywood Studios, meal prices are up $1-2 depending on the item. Similar increases hit Sunshine Seasons at EPCOT and Satu’li Canteen at Disney’s Animal Kingdom.

Fountain beverages at Quick Service dining locations across Walt Disney World Resort have increased from $3.99 to $4.29 and are now $4.50 at outdoor vending kiosks.

What do you think of Walt Disney World food and beverage price increases?