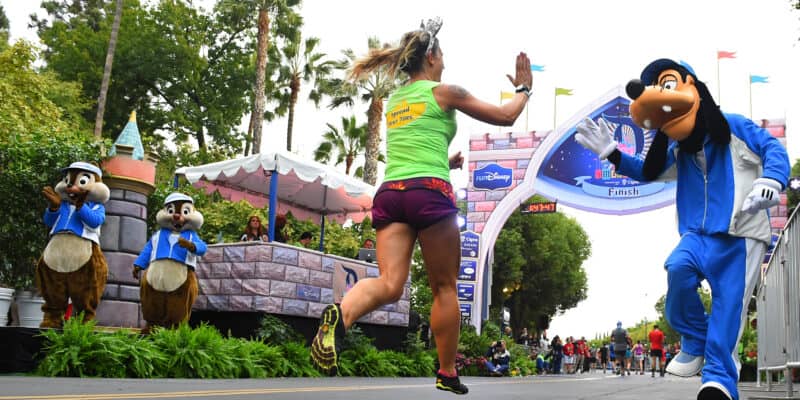 The most magical races are returning to California at last! It was recently announced that runDisney would return to Disneyland Resort soon!

Fans of The Walt Disney Company got a weekend full of exciting new announcements as Disney D23 took place in Anaheim, California. From new projects from Marvel and Star Wars to new lands and attractions, live shows, nighttime spectaculars, and even new characters arriving at Disney Parks worldwide, the massive number of announcements we saw in the last few days make it clear why Disney D23 Expo is “The largest Disney fan event in the world.”

In addition to all the exciting announcements about Disney Parks worldwide, Josh D’Amaro shared plans for a fan-favorite activity that will finally make its way to Disneyland Resort once again!

To many fans’ delight, runDisney will finally return to Disneyland Resort in 2024, allowing California fans to enjoy some of the most magical races in the world, often packed with fun surprises, photo ops, and so much more!

While no official dates have been announced yet, the announcement will surely motivate many fans to participate in one of the fun runDisney races once they make their way back to Anaheim. Inside the Magic will update you as more information is released on this triumphant return.

For those unfamiliar, runDisney gives Disneyland and Disney World fans the chance to explore the Parks through often inaccessible areas, including backstage paths and trails between the Parks. runDisney races are often accompanied by several Disney characters cheering for runners, different photo ops during the race, live entertainment, and the most amazing commemorative medals.

The premier destination race series where the magic of Disney provides your inspiration.

A runDisney race is anything but ordinary. With us, you’ll move with magic through Disney Parks all over the world. Become part of adventures that could take you under the sea, through classic enchantment and into a springtime of surprises. And with everything from Kids Adventures to a full marathon, Disney Characters, live entertainment and commemorative Disney finisher’s medals all await.

We also heard so many exciting announcements coming to Disneyland Resort, like the arrival of Smart Hulk — a breathtaking hero brought to life using Disney Imagineering’s Project Exo — at Avengers Campus in Disney California Adventure starting next week. Guests will also encounter the Mandalorian and Grogu, meeting Guests at Star Wars: Galaxy’s Edge in Disneyland Park when they land in mid-November.

Guests will also see the long-awaited return of the Magic Happens parade, which was only performed for a few days before Disneyland, unfortunately, had to shut down due to the pandemic. And as if that wasn’t enough, next year, Guests will be able to experience two all-new nighttime spectaculars as part of the Disney 100 Platinum Celebration and meet Mickey and Minnie Mouse flaunting new outfits for the occasion.

Have you ever participated in a runDisney race? Tell us about it in the comments below!