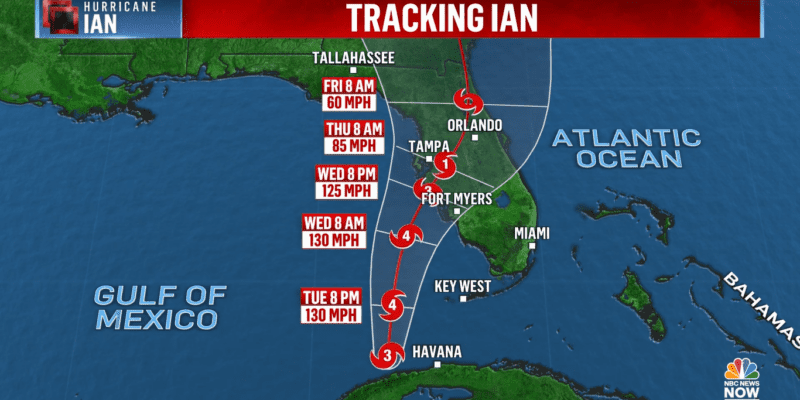 Last night, we reported that Ian had strengthened from Category 3 to Category 4 in under 24 hours. According to NPR, the storm rapidly intensified overnight, reaching top winds of 155 miles per hour.