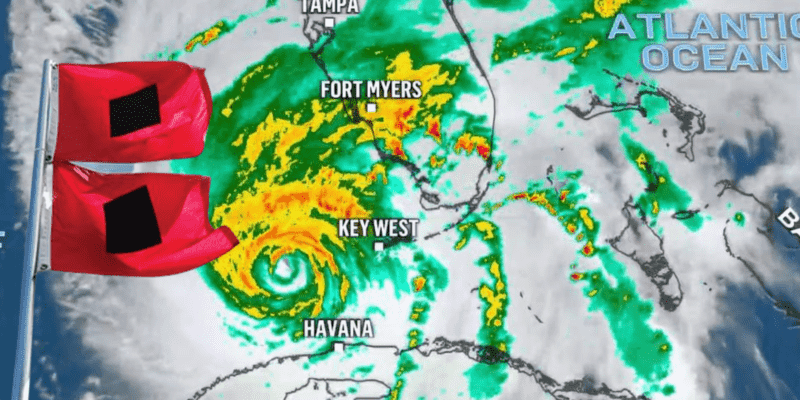 Hurricane Ian continues to be a dangerous storm churning in the southeastern Gulf of Mexico on a path toward Florida as a Category 3 storm, but the very latest models show that Ian could strengthen to a Category 4 as it targets the Sunshine State.

On Tuesday, after Hurricane Ian made landfall in Cuba around 4:30 a.m. local time, forecasters generally said that the storm could strengthen to a Category 4 after returning to the Gulf waters before becoming a Category 3 storm and making landfall on Florida’s west coast. But on Tuesday night, forecasters began to predict a possible intensification that would see Ian becoming a Category 4 storm, with sustained winds between 130 and 156 miles per hour, according to NBC News.

According to ABC News, a Category 4 storm “can cause severe damage to well-constructed homes, including damaging most of the roof and exterior walls” and in the event of such a storm, “most trees will be snapped or uprooted and power poles downed.”

Here are the 11 PM EDT 9/27 Key Messages for Hurricane #Ian. Conditions are expected to continue to deteriorate across central and south Florida tonight. pic.twitter.com/u7rBXatfoH

RELATED: Florida Airports Announce Plans for Closures as Ian Churns in the Gulf

In an update Tuesday evening, from the National Hurricane Center, forecasters said the Category 3 storm was expected to continue gaining strength. Per NBC News, the hurricane situation was as follows:

Tropical storm conditions were occurring in the Keys, where sustained tropical-storm-force winds were recorded at Key West International Airport and Key West Naval Air Station, according to the center. A 52-mph gust was recorded at Florida Keys Marathon International Airport, and a data buoy center near Sombrero Key reported sustained winds of 43 mph, the center said.

Comments Off on Ian Grows Stronger: Hurricane Could Now Strengthen to Category 4 Ahead of Florida Landfall