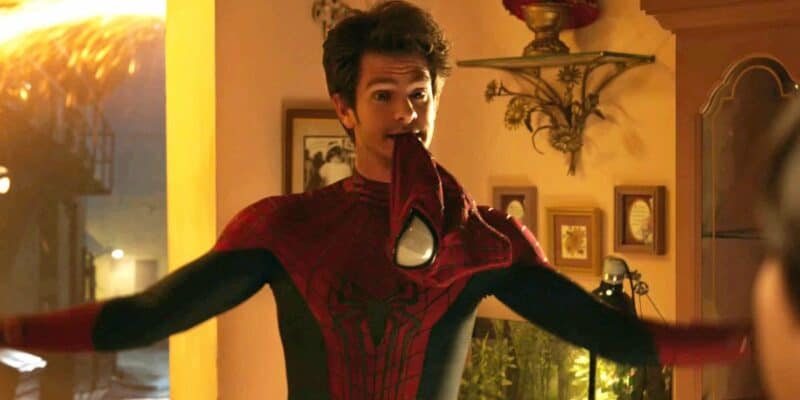 Andrew Garfield may not have meant to appear at the Emmys dressed exactly like a mouse from Shrek, but the actor managed to dress the part perfectly, and the internet noticed.

The Emmys is a big event for celebrities, so showing up with a fashionable new look isn’t a bad way for them to get some publicity. With Garfield being well known for his role as Peter Parker/Spider-Man, it doesn’t take much for him to get noticed.

The actor is rumored to return as Spider-Man soon, with fans hoping that Sony will greenlight an Amazing Spider-Man 3  to make up for the last two movies Garfield has been a part of. Now that Garfield has appeared in the MCU, sources claim that Marvel wants the actor to have a role in Avengers: Secret Wars (2025), which would be fun to see him work with Tom Holland and potentially Tobey Maguire’s Spider-Man again.

After sporting a white suit and fashionable shades, fans immediately saw Garfield as one of the white blind mice in Shrek. Fans immediately went to Twitter to share their thoughts on Garfield’s bizarre look:

andrew garfield channeling one of the three blind mice #Emmys2022

Fans also pointed out that Tom and Tobey should’ve worn the same attire as Andrew:

This but its also him with tom and tobey

This but its also him with tom and tobey 💀💀💀

Other fans immediately thought of The Corinthian from Neil Gaiman’s The Sandman:

What is The Corinthian doing in Emmys???

What is The Corinthian doing in Emmys??? 🤔🤔🤔

I’m getting a Corinthian vibe

I’m getting a Corinthian vibe pic.twitter.com/kajgcz12T3

Andrew Garfield may have just meant to be stylish in a new suit yesterday, but now the actor will only be pictured as that one blind mouse which isn’t a bad thing but definitely not what anyone expected to happen at the Emmys.

Related: One MCU Movie Considered Jesus Christ As a Cameo

Do you like Andrew Garfield’s new look? Let us know what you think!