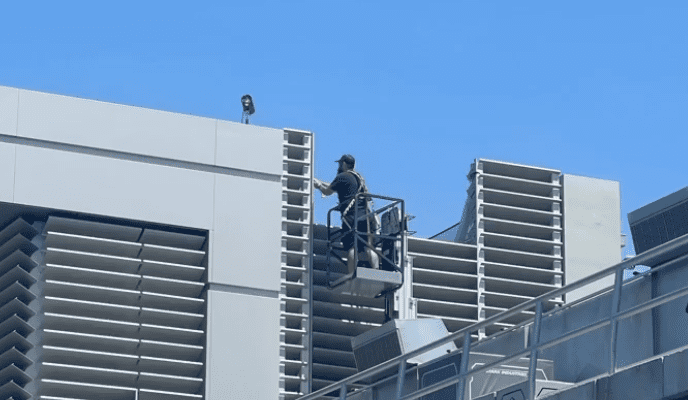 Perhaps the most viral mistake at a Disney Park happened earlier this summer and millions of people saw it.

In the clip, you can see Spider-Man fly off the building in Avengers Campus as usual, but the animatronic appears to have a cable stuck to it. Typically, Spider-Man soars through the air with no strings – or webs – attached.

Instead of falling behind the building, the stunt animatronic crashes into the building, crushing a section of the wall. You can hear gasps in the crowd.

Typically, when a malfunction of this magnitude happens, Disney never addresses it publicly. However, that’s not what happened at the D23 Expo.

Talking at the D23 Expo 2022 in Anaheim, Southern California, Disney Parks, Experiences and Products Chairman Josh D’Amaro made a joke that had Disney fans openly laughing out loud.

Disney announced today that Smart Hulk would be making his way to Avengers Campus at Disney Calornia Adventure beginning next week. However, D’Amaro was quick to remind Hulk and Marvel Studios President Kevin Feige that he needs to be careful.

Of course, D’Amaro mentioned the crash from this summer, saying “we already had the Spider-Man incident,” using his hands to wave a crashing motion.

It’s pretty funny to see Disney joking around about a miscue and even making reference to it. Even at the “happiest place on earth,” mistakes happen and it’s cool to see Disney not try to bury them, but rather embrace the new world of social media that we live in currently.

What do you think of this hilarious address from Disney? Let us know in the comments!