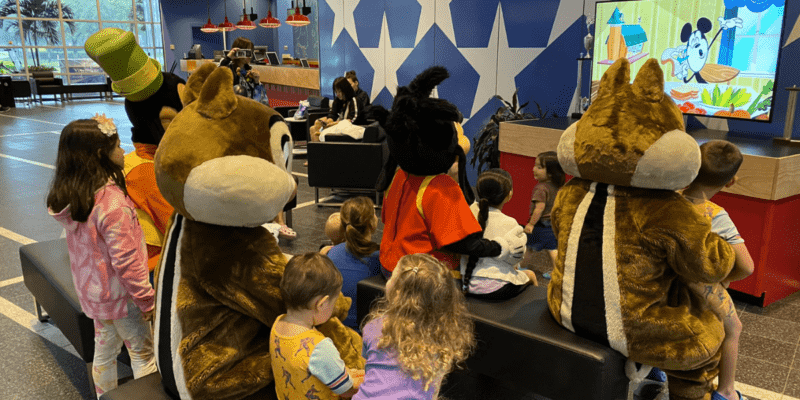 Central Florida is expected to experience the worst of Hurricane Ian on Wednesday night. Still, Walt Disney World Resort is doing its best to make a positive experience for trapped Resort hotel Guests.

Delayed return to Canada due to hurricane. When I was relaxing at the hotel, Goofy, Max, and Chipdale appeared at the hotel! ! glad! Everyone watching anime in the lobby lol 🤣  [Translated from Japanese by Google]

In the photo, Max has his arm around one young Guest while Dale has another sitting on his lap. This magical moment will make a difference for these little ones during a scary situation.