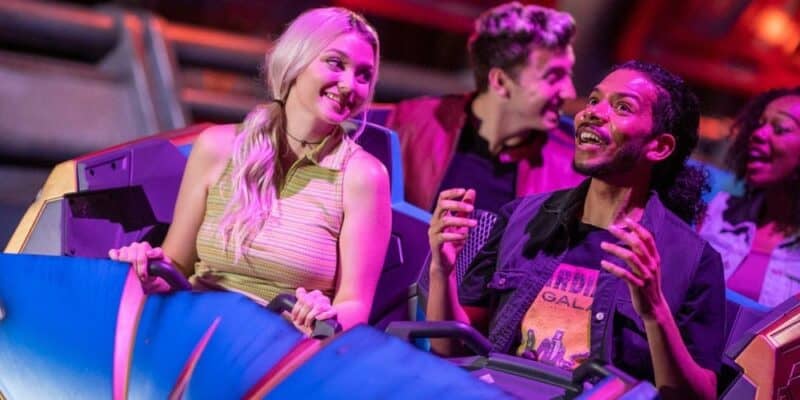 This November, selected Guests will get to experience Walt Disney World’s EPCOT Park for an exclusive after-hours event complete with open attractions, food booths, and live entertainment. The price tag? $94.

While many visit the Walt Disney World Resort to experience attractions, buy exclusive Disney Parks merchandise, and stroll down Main Street, U.S.A. towards Cinderella Castle, some Guests enjoy their Orlando Disney vacation with a dose of running. runDisney has always been a popular series of events at the Central Florida theme Parks, and 2022 proved no different.

The Disney Wine & Dine Half Marathon Weekend takes place during the popular EPCOT International Food & Wine Festival which began on July 14 and ends on November 19. Presented by Shokz, the runDisney event promises to “explore the music, stories and culinary delights found around World Showcase.”

But, for those who prefer to spectate their friends and family rather than run beside them, Disney World gives these Guests the opportunity to celebrate the runDisney Wine & Dine weekend at the Post-Race Party. The party is an exclusive after-hours event taking place at EPCOT Park on November 6.

Guests purchasing this package will be allowed entry without a Park Pass reservation or Walt Disney World ticket, much like Disney’s other hard-ticketed events such as the returning Mickey’s Not-So-Scary Halloween Party over at Magic Kingdom Park. Tickets for the Post-Race Party will set a Guest back $94, and for that price, they will be granted entry to EPCOT from 5 p.m. with after-hours access to the attractions and Food & Wine booths following the Harmonious fireworks at World Showcase at 10 p.m. All runners get the Post-Race Party included in their registration, and no Park reservation is needed.

This, of course, means, that from 10 p.m. until the event finishes at 1 a.m. Guests are able to experience EPCOT with reduced crowds and shorter lines. Attractions like Remy’s Ratatouille Adventure, Frozen Ever After, and the new Guardians of the Galaxy: Cosmic Rewind will remain open for Post-Race Party ticketholders.

The latter is the newest ride to arrive at the Disney World theme parks and as such is one of the most sought after. With no standby line, Guardians of the Galaxy: Cosmic Rewind can only be experienced by either joining the virtual queue or purchasing an a la carte Lightning Lane for between $14 and $17. Cosmic Rewind is not currently on the daily paid-for Disney Genie+ system.

So, for $94, Guests will not only be able to stroll around Spaceship Earth and take in the continued redevelopment of the former Future World, snack and sip at the plethora of food and drink booths scattered around the Disney Park, but also skip the line (and avoid the stress of joining a virtual queue) of Disney’s hottest new ride, Guardians of the Galaxy: Cosmic Rewind.

The official information for the Post-Race Party is:

You’ve done the Half Marathon—now it’s time to celebrate your accomplishment with an after-hours party at the EPCOT International Food & Wine Festival! You’ll have access to Global Marketplaces, select EPCOT attractions and live entertainment! Your Half Marathon or Challenge registration includes entry.

Friends and family are invited to purchase Post-Race Party tickets to attend this private celebration in honor of their favorite runner!

Post-Race Party ticket holders will be admitted to EPCOT as early as 5:00 PM on November 6, 2022––giving them even more time to enjoy park favorites before the event begins!

Are you enjoying any of the runDisney Wine & Dine Half Marathon Weekend events? Let us know in the comments down below!