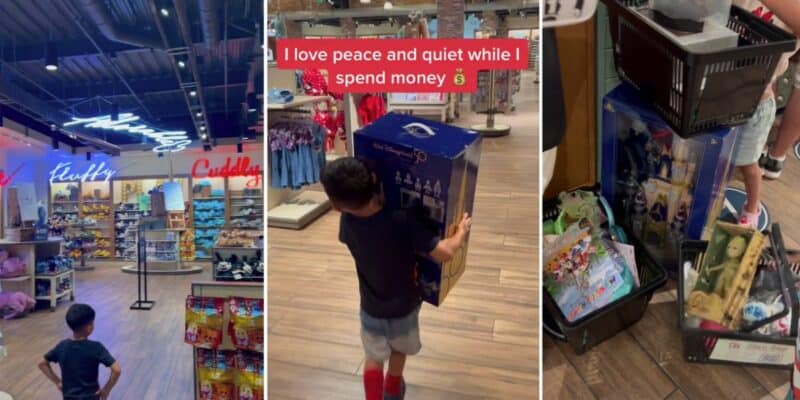 It is not often that Guests will find a crowd-free area at the Walt Disney World Resort. With record numbers flocking to Central Florida, and Park Pass reservations often selling out, Disney World is a hotspot for local and international tourism. Everybody wants a piece of the Mouse.

However, in a rather unusual social media post, one Guest claims to have rented out an entire location at the Disney Resort after no one else can be seen.

Celebrating its 50th anniversary AKA The World’s Most Magical Celebration, Disney World is welcoming Guests back to the magic. Festivities are taking place across their entire Disney Park portfolio in Orlando; from Cinderella Castle and Main Street, U.S.A.’s Disney Enchantment fireworks takeover to the opening of the new Guardians of the Galaxy: Cosmic Rewind attraction at EPCOT’s former Future World, there is much to celebrate at Walt Disney World.

However, with limited-time events and the arrival of new attractions, comes large crowds, long lines, and fighting, apparently. Even with Disney Genie+ and Lightning Lane entrances, wait times have skyrocketed; even with Park Pass reservations and Park Hopper capabilities, Disney Park crowds have been massive. It is easy to see how Disney Parks have posted huge revenue numbers since reopening post-pandemic closure.

With all the horror stories of packed Parks, one social media post has cut through the noise, revealing a ghost town of a location at Disney Springs — the famous, world’s largest Disney store, World of Disney.

Posting to TikTok, itsjuandude, shared a video of him and his children leisurely perusing World of Disney at the former Downtown Disney location:

Just a dad trying to keep that disney magic alive

The video is prefaced by an onscreen caption of “I rented out World Of Disney to shop with my kiddos.” While the TikToker never clarifies if this is what he did (it is likely he did not), one comment which was liked by the creator, states the creator was joking. World of Disney cannot be rented out, although, the way celebrities can commandeer attractions, it could only be a matter of time.

The ghost town Disney store is a far cry from the Guests lining the entrances to the Parks at rope drop, or queuing for hours for attractions like Star Wars: Rise of Resistance at Disney’s Hollywood Studios or Avatar Flight of Passage at Disney’s Animal Kingdom. Let’s just say everyone’s Disney experience is different.

Have you ever experienced a quiet Disney World location? Let us know in the comments down below!