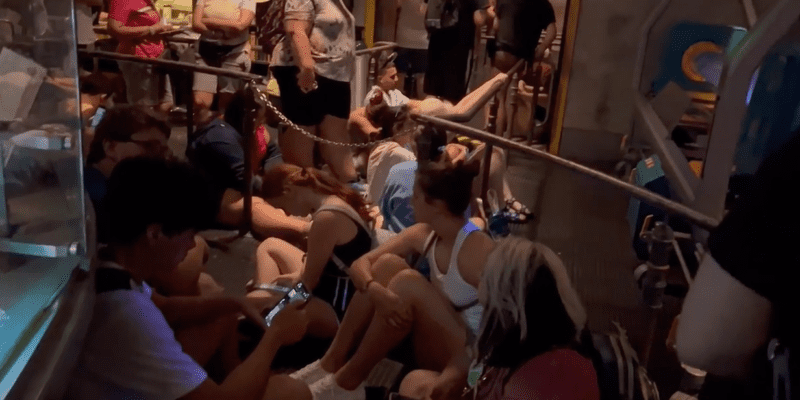 Unfortunately for some Guests who recently rode Avatar Flight of Passage, they experienced an extremely long line due to the ride operating at a reduced capacity.

Nick Harris, a recent Disney World Guest, got in line for Avatar Flight of Passage where the posted time stated 115 minutes. After waiting about one hour, Nick and everyone else in line heard an announcement stating “Attentions drivers, Avatar Flight of Passage is operating at a reduced capacity. Your wait time may be greater than anticipated”, he told Inside the Magic.

Guests became tired of standing and ended up sitting down in the queue as the line began to move extremely slowly.

We suspect that the ride was originally operating at full capacity but something may have happened to one of the chambers, causing the ride to operate at a reduced capacity and the line beginning to move much slower than anticipated.

Unfortunately technical difficulties can happen and it is important to remain patient as the Cast Members are doing the best they can to ensure the Guests are happy and are able to get onto the ride as quickly as possible.

Have you ever experienced something like this when waiting for a Disney World ride? Let us know in the comments below.