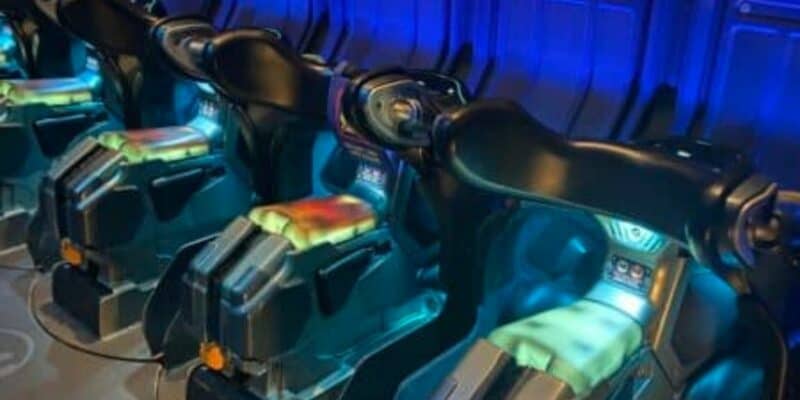 During a recent trip on Flight of Passage, a Disney World Guest attempted to break out of the restraints and stand up mid-ride.

While on Flight of Passage, Guests must remain fully seated on the back of the “Banshee” while the restrains hold you in place. You must hold onto the hand bars at all times with the restraints pushed up against your back and your feet are planted on the floor. Disney puts these rules and regulations in place in order to keep the Guests as safe as possible while enjoying themselves at the Parks.

One Guest decided to try and break these rules and stand up mid-ride as in a video posted to Twitter, you can hear a Cast Member come over the loud speaker and say “please remain seated”.

To which another Disney fan, Bill Zanetti, replied:

How is someone not remaining seated?! That seems almost impossible…

Drunk Stormtropper responded to Bill explaining that it happened four times throughout the ride!

Again, Disney has rules and regulations in place for the safety of both the Guests and Cast Members. One of these rules include remaining seated with hands, arms, feet, and legs inside the ride vehicles at all times.

Have you ever ridden Flight of Passage at Disney’s Animal Kingdom? Let us know in the comments below.