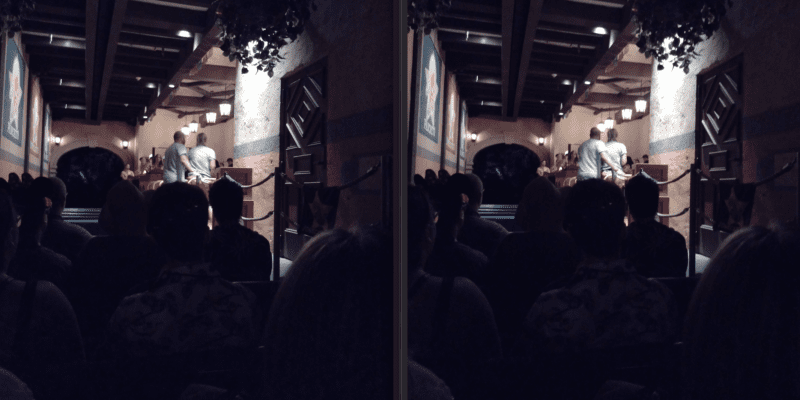 As of late, we have seen Guests jump out of moving ride vehicles for various reasons. One Guest jumped off of Big Thunder Mountain to retrieve his cell phone while another Guest jumped out of the Living With the Land boat to steal a cucumber.

Just yesterday, another pair of Guests jumped out of a moving attraction at EPCOT.

Yesterday, Guests were riding the Gran Fiesta Tour inside the Mexico pavilion at EPCOT when suddenly, a couple decided to jump out of the moving boat as they were “worried about their kid”.

Disney World Guest Lorna C. explained that towards the end of the ride, the couple did not wait for the ride to come to a complete stop before exiting the vehicle. Instead, they jumped out of the moving boat as they “were worried about their kid who was patiently waiting at the end of the ride.”

Eventually, the ride started up again and Cast Members were able to help the remainder of Guests out of the ride and to safety. Once exited, Lorna C. said she saw the couple who jumped out of the boat with their kid outside of the attraction with Cast Members and a manager.

It is unclear if the Guests were escorted out of the Park, but we are glad to hear everyone was safe.

Jumping out of a moving ride vehicle after being told to stay seated at all times is extremely unsafe and a violation of the rules at Walt Disney World and Disneyland. Depending on the scenario, a Guest can be removed from the park and even receive a lifetime ban for breaking the rules such as these.

For Disney World’s full rules and regulations, visit their website here. Additionally, if you are ever unaware of whether something is or is not allowed, you can always ask a nearby Cast Member.