Disney Honors Cast Members: "Heart of Our Magic" - Inside the Magic 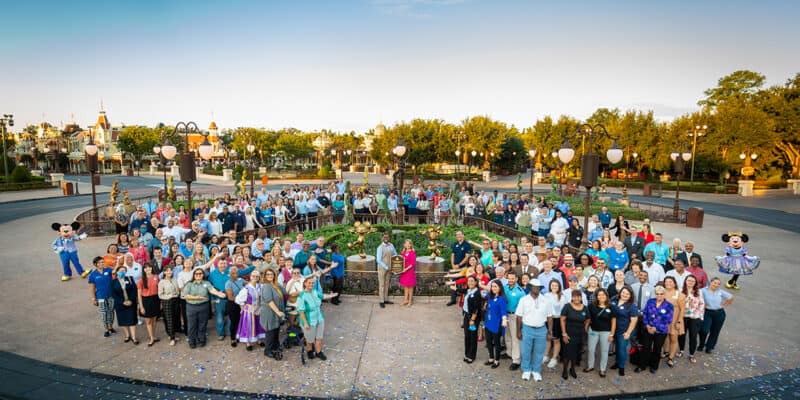 Disney is known for a lot of things, but there is one thing that truly makes Disney a one-of-a-kind experience for the millions who visit each year. That thing is the thousands of Cast Members who bring magic to Guests on a daily basis. Cast Members are the heart of Disney, and Disney wants to let those Cast Members know just how much they are appreciated.

Walt Disney World will be celebrating its 5oth anniversary beginning October 1 and massive preparations for the massive party are already underway. Decorations are being added to all four theme parks, and Disney is already giving a preview of the newest attraction that will officially open on October 1 — Remy’s Ratatouille Adventure.

As part of the 50th anniversary, Disney has created interactive golden statues — called the Fab 50 — and dedicated the Mickey and Minnie statues to Cast Members as well — the ones who started it all to honor the ones keeping it going.

Disney Parks Blog shared some more details about the special ceremony that took place at the Magic Kingdom.

Walt Disney once famously said “You can dream, create, design and build the most wonderful place in the world…but it takes people to make the dream a reality.”

From the original cast members and Imagineers who opened Walt Disney World Resort 50 years ago to the cast members just beginning their Disney careers today to everyone in-between, every cast member has made lasting memories for guests and fellow magic-makers alike.

To honor our cast members and the unforgettable magic they make, Walt Disney World President Jeff Vahle and Global Ambassador for “The World’s Most Magical Celebration” George A. Kalogridis joined cast members from areas across Walt Disney World and revealed a special message dedicating the Disney Fab 50 golden sculptures of Mickey Mouse and Minnie Mouse in front of Cinderella Castle to cast members of past, present and future.

Guests visiting Magic Kingdom Park are encouraged to take pictures with the Mickey and Minnie Fab 50 statues, as well as the new plaque and post to social media with the hashtags #DisneyCastLife and #DisneyWorld50 to honor all of Disney’s fantastic Cast Members.

You can watch a video of the ceremony to honor Cast Members below.

Do you have a story about a Cast Member who made your Disney trip extra special? Tell us the story in the comments!

CLICK HERE to book your magical Walt Disney World Resort vacation with our friends at Academy Travel – an EarMarked Diamond travel agency that can provide you with a free quote today!

Comments Off on Disney Honors Cast Members: “Heart of Our Magic”