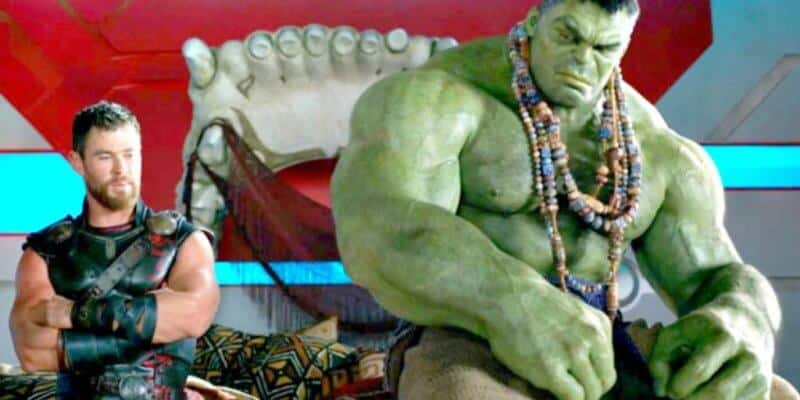 Tatiana Maslany’s Jennifer Walters/She-Hulk does a great job of balancing the MCU humor with figuring out who she is and what her limits are. In the first episode, fans weren’t surprised to see the origins of She-Hulk be revealed, but having a Sakarrian spacecraft be the catalyst was a huge surprise for MCU fans.

While a clip from last week spoiled this twist, fans had to wait until the episode dropped to have Mark Ruffalo’s Bruce Banner confirm that the ship was a courier from Sakaar and hint that the ship will come back into the story as Bruce decides to figure out what happened later on.

Now that She-Hulk will begin to connect to more MCU, Coiro admits quickly to CinemaBlend that the Sakarian ship will tie into several future MCU projects:

It’s tied into the narrative of our series, but it also lends itself to future projects.

Jessica Gao, the head writer for the series, shared in a recent interview how the opener was always planned to go away from the comics explanation for how She-Hulk got some of Banner’s blood:

“Well, there are several factors. First, the head honchos at Marvel specifically didn’t want it to be the mob hit… it just didn’t feel like it fit with everything. But for me, having watched this Bruce Banner, this Hulk, through all the years and all the different MCU movies, it just felt like we saw him be really tortured by this. This was not a gift. He really saw it as a curse. It forced him to not have any relationships. He spent several years, like really, really tortured by it and not viewing it as a good thing. And it took him that long to get to a place where he can just accept it and learn to live with it. So to me, it didn’t make sense for that guy to then willingly give this curse to somebody that he cares about. His cousin, who he really loves. It just didn’t seem right and true to the character and it didn’t make sense to me. So I didn’t want to do that.”

Fans have no idea how the Sakaarian Ship will fit into the story, but it’s possible that Hulk’s son Skaar might be revealed or that the show will set up a World War Hulk movie that fans have wanted to see. Either way, Marvel can easily use She-Hulk to set up several big MCU events.

Related: Everything You Need to Know About Marvel’s Latest Villain: Titania