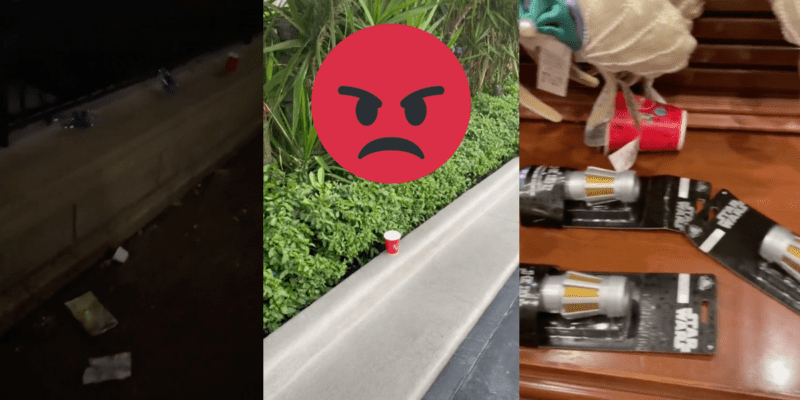 Walt Disney World Resort has been short-staffed since reopening during the ongoing COVID-19 pandemic. In fact, the Walt Disney Company laid off 18,000 Florida Disney Park Cast Members in 2020.

As a result, it’s taken Walt Disney World months to bring back beloved Theme Park and Resort experiences such as Character Dining and the Bibiddi Bobiddi Boutique. Guests have also noticed maintenance issues on rides and throughout the Disney Parks.

Custodial Cast Members do their best to keep the Disney Parks as clean as possible but have been unable to keep up with trash produced by heavy crowd levels. A new TikTok highlights all the garbage one Guest saw on their trip to Magic Kingdom:

In the comments, @themoderatemouse points out that they don’t blame the custodial Cast Members for this, saying that “they’re really stretched thin.” Additionally, the Guest felt like the other Guests at Walt Disney World during their trip were “awful.”

“Oh wow you really don’t see that at Disneyland,” @ilovedogs1994 wrote. “This is typically something you wouldn’t have seen at Walt Disney World either… sadly, times have changed. 😩,” @themoderatemouse replied.

Some Guests have discovered dirty diapers and broken glass on their Walt Disney World vacations, while others found the bathrooms in  “disgusting” state.

Have you noticed increased trash at Walt Disney World Resort?