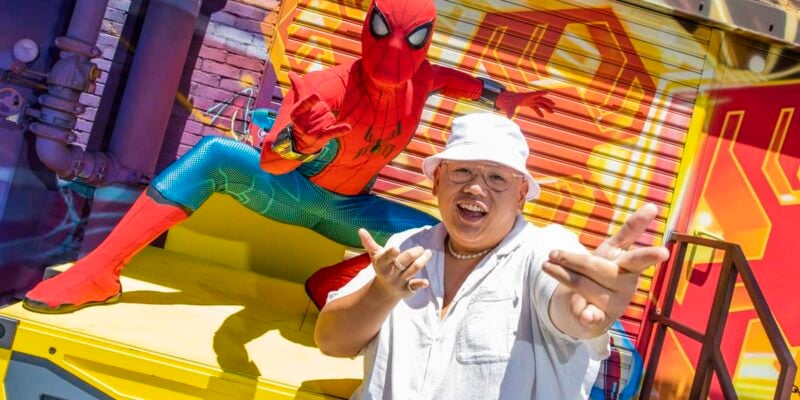 Spider-Man: No Way Home joined Spider-Man: Homecoming (2017) and Spider-Man: Far From Home (2019). The film had a record-breaking opening weekend at the U.S. box office, bringing in $260 million, and continues to remain one of the most-watched films across the country.

Now, one Spider-Man star is visiting Disney California Adventure to see everything Avengers Campus has to offer!

Jacob Batalon, known for playing Ned Leeds in the Spider-Man films alongside Tom Holland and Zendaya, recently visited Avengers Campus in Disney California Adventure. Not only did he check out the scenery and everything Avengers Campus has to offer, but Batalon also visited with Spider-Man hiimself!

Disney Parks shared some photos to Twitter, along with the caption:

We love seeing celebrities visit the Disney Parks and this one is an extra special moment as Batalon visited with the friendly neighborhood superhero himself!

Have you ever seen a celebrity at the Disney Parks? Let us know in the comments below.