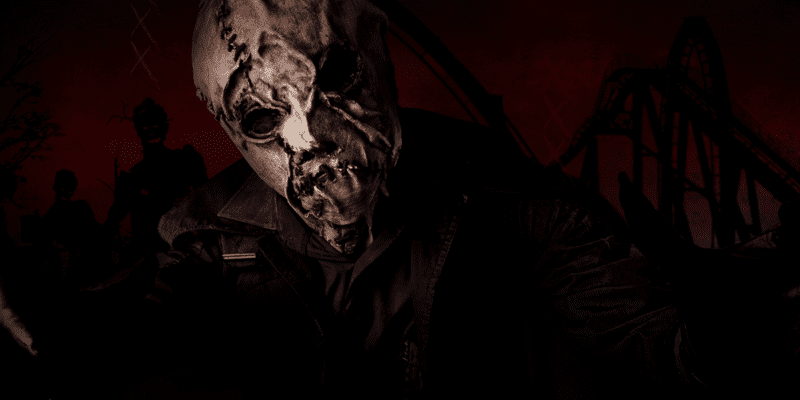 Six Flags recently left thousands of fans confused and concerned after posting an unsettling video on one Park’s social media.

With locations across the US, Canada, and Mexico, Six Flags is one of the most important theme park operators internationally. They compete with Disney Parks, Universal Studios, SeaWorld, and LEGOLAND.

Recently, Six Flags fans in Mexico were left puzzled after the Park’s official Instagram account started a live broadcast in the middle of the night, which was later saved as a video post. In the video, we can see the street and a man running, with several moments of darkness due to the camera being covered. We can also hear several loud noises of metal banging and the person in the video panting.

As of the publication of this article, this unsettling video remains available on Six Flags Mexico’s (@sixflagsmexico) official Instagram account. You can click here to watch it.

While most viewers are sure that this bizarre video indicates that the Park will soon make an announcement regarding its Halloween event, “Festival del Terror,” many were left concerned about the safety of the person who started the live broadcast and later posted the video.

Twitter user @drluyo shared a screen recording of the livestream, looking for an explanation for the video by commenting the following:

Early advertisement for Festival del Terror? Tribute to the Blair Witch? The daily insecurity in Mexico? Hack? What is this video posted by Six Flags Mexico on Instagram? If it’s real I hope the man in the video is okay. @SixFlagsMexico

Six Flags Mexico has not released any statements addressing the confusing video.

We have recently seen Six Flags make tremendous efforts to continue improving its Parks across the country, with Six Flags Discovery Park in Vallejo, California, and Six Flags St. Louis, in Eureka, Missouri opening new thrilling attractions for Guests to enjoy. And over at Six Flags Magic Mountain in Valencia, California, the tallest and longest single-rail coaster on the planet, according to Six Flags, is opening this month!

Plus, big things are coming to Six Flags Parks in Texas. Six Flags Fiesta Texas will open a groundbreaking roller coaster this month, Dr. Diabolical’s Cliffhanger. And it was recently announced that AQUAMAN: Power Wave is set to open next year at Six Flags Over Texas. The ambitious projects are sure to bring loads of fun for Guests at the Texan Parks and call on more than a few thrill-seekers who will visit from all over the country to experience these exciting new attractions.

What do you think of this bizarre video posted by Six Flags Mexico? Let us know in the comments below!