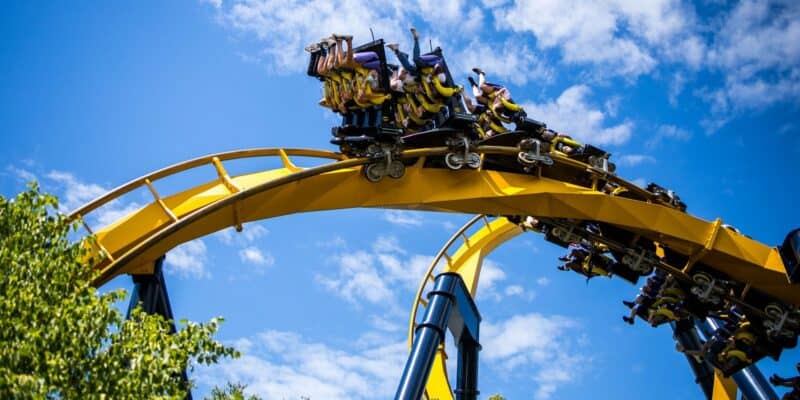 When visiting a theme park, the last thing to go through Guests’ minds is the chance of seeing themselves involved in an accident. However, with high-speed roller coasters and thrill rides, there is always a possibility that something unexpected could happen.

Recently, a Guest took to Reddit to share what they consider the “worst possible experience” at Six Flags Great America in Gurnee, Illinois. User u/LeMeJustBeingAwesome comments that their last visit was full of disappointments, primarily due to the behavior and attitude of several Park employees.

They commented that their visit was off to a bad start when they tried to get three or four staff members to help them find the Flash Pass HQ, as they didn’t have a map of the Park yet and were not quite sure about its location, all of who were rude in their ignorance, in this Guest’s opinion. They mention that two of them even directed her to the wrong place and that while they try to be as understanding to the staff at theme parks as possible, they were shocked to see the ignorance and rudeness of the team, especially after they found out that the location they were looking for is a huge red building in the middle of the Park labeled “The Flash Pass HQ.”

The original poster adds that their visit went downhill from there, to a point far worse than they could imagine. They comment that they were visiting the Park with their boyfriend and decided to ride The Dark Night as one of their first attractions since it is a nicely themed experience that is not too intense. They add that during the second drop of the ride, they could hear their boyfriend scream in pain, and while trying to get off after the ride, his back was hurting, and it took him a minute to get off the platform. However, no staff seemed to notice, even after the couple stayed by the ride’s exit door for a couple of minutes while he was trying to recover. The couple then moved to a seating area while the boyfriend attempted to recover, saying he was in pain but insisted that his partner should go on another ride while he rested.

The original poster agreed since their boyfriend wasn’t asking for any medical assistance, but they said that when they returned, he couldn’t move due to the pain’s intensity. He comments that he asked a couple of staff members if there was a cart or location to get some medicine since he was injured, to which they shrugged and said they didn’t know. At that point, it was obvious the boyfriend couldn’t walk, so the original poster looked for a wheelchair station on the Park’s map after asking around, again with no response from staff members, to get him to first aid.

When the couple arrived, the EMTs mostly seemed clueless, except for one who appeared to be more knowledgeable, giving the boyfriend a hot pad and asking him the usual round of legal questions. The original poster ran to the car to get him some Tylenol, as the Park wouldn’t give him any medicine due to “some dumb policy.” The original poster asked if the local Urgent Care centers could do an X-Ray on their boyfriend to make sure the injury wasn’t more severe, which took the staff a minute to respond, even though the information was posted on a piece of paper on a bulletin board, saying they did not.

Since the couple was unsure how they would get to a local hospital since the boyfriend could not stand and was in unbearable pain. They requested an ambulance to take them, waiting for the rest of the day in the ER. The original poster comments that the injury was likely a pulled weight-bearing inner oblique or lumbar muscle from his body’s awkward orientation during the quick pull out of the drop and that he would have to remain bedridden.

The original poster mentions that they understand that the injury was not entirely the Park’s or the ride manufacturer’s fault and that the coaster seemed to be operating in a completely normal and safe way during their visit since nobody else was injured during their ride. The boyfriend said that he was unaware of the drop, and since the attraction is a dark ride, it is hard to be prepared. The original poster commented that accidents like this happen for all sorts of reasons that have nothing to do with a ride’s design and operation.

However, they mentioned they were disgusted by the lackluster way the staff handled the situation, from not offering help or noticing that he was limping as he got off the ride’s platform to not offering to take him to first aid or knowing where the couple could find a wheelchair when asked for staff’s help, including the way the EMTs at first aid seemed clueless and more interested in asking legal questions rather than helping the injured Guest. They also add that their first experience when walking through the gates of the Park was staff rudely being ignorant of a rather basic, simple question left a poor taste in their mouth as well.

While this Guest admits that during this unfortunate incident, some of it was the Park’s fault, and some of it was not, it is still an enraging experience to have while visiting a theme Park that is supposed to be safe and fun.

What do you think of this unfortunate incident? Let us know in the comments below!