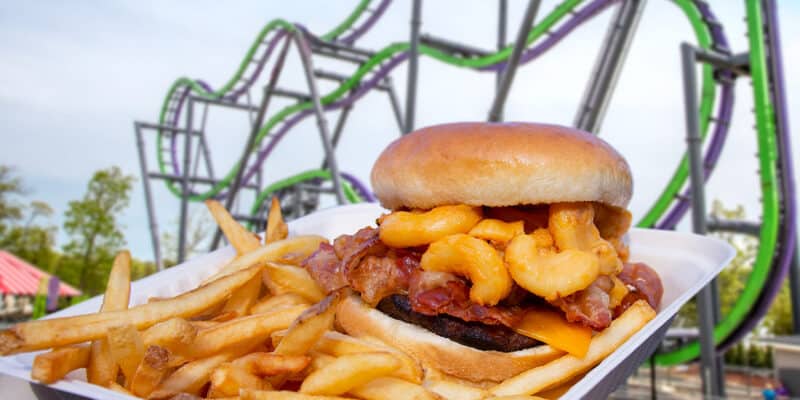 Six Flags is another popular theme park, with locations in various states. However, Six Flags decided to eliminate their meal deal offer after one customer exploited the add-on.

Inside the Magic recently reported on a man named Dylan who took advantage of purchasing a $150.00 annual pass, which not only included admission to Six Flags Magic Mountain, but also included parking, and two free meals per day.

Dylan decided to eat inside Six Flags Magic Mountain every day for seven years and, because his meals were free with the annual pass, he saved money in grocery shopping and was able to pay down his student loans, get married, and buy a house.

Dylan was not the only Six Flags customer to do something like this. Another Guest, Cam, who is also known as the Six Flags Scoundrel, noticed holes in one of the season passes offered when he visited Six Flags Great Adventure, located in New Jersey.

Six Flags Parks around the country unveiled a new add-on to their season passes a few years ago — an $80 add-on, one-time fee, which would get Guests two meals per day, one snack, and unlimited drinks.

“We’re looking at less than 50 cents per meal, and that’s not even if I go every day. That’s the cost of two packs of ramen noodles—but we’re talking two square meals and another half meal basically. It’s just insane. The calorie-to-cost ratio is just unheard of.”

Cam also posted a video to TikTok, explaining how he is “exploiting” the Six Flags add-on, especially since he only lives 10 minutes away from Six Flags Great Adventure in New Jersey:

This video soon went viral, with many other Six Flags Guests beginning to see opportunities to save some money and do something similar to the Six Flags Scoundrel. Of course, Six Flags was made aware of how many people were doing this and soon found out they were losing more money than they anticipated. In turn, Six Flags decided to remove the meal deal add-on from the season pass and is no longer an option.

Six Flags CEO Selim Bassoul spoke to Fortune about the exploitation and eliminating the meal deal on a first-quarter earnings call:

Bassoul also said that Six Flags will consider reintroducing a dining plan, but it probably won’t look anything like the original meal plan.

Inside the Magic will keep you updated as we get more information.

What do you think of Six Flags ending the meal deal? Let us know in the comments below.