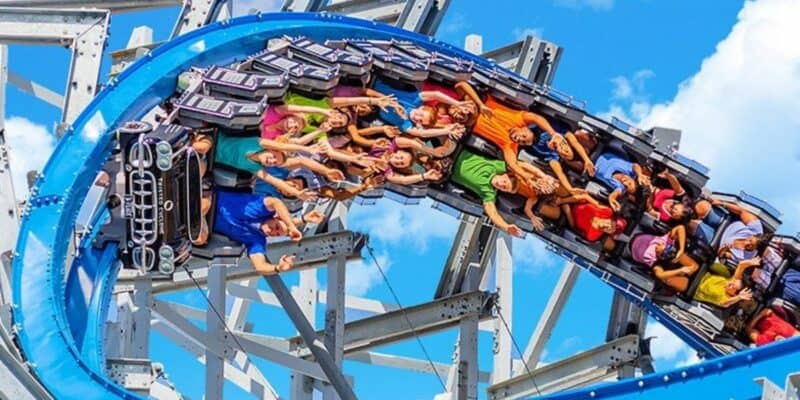 As a Walt Disney World local, I can easily say that one of the best things about living so close to Magic Kingdom, EPCOT, Disney’s Animal Kingdom, and Disney’s Hollywood Studios is having the ability to pop in after work. At times, the luxury of being able to get into EPCOT 30 minutes before close, purchase a drink at the International Flower and Garden Festival, and roam around the World Showcase while Harmonious plays seems like a dream.

Being able to get into a theme park just before it closes often has a lot of perks, including being able to snag a spot in line for what was the busiest attraction of the day without wasting coveted Park hours. Oftentimes, rides will boast a lower wait time later in the day as well which is another big perk. But what would you do if this privilege was taken away?

It seems Six Flags has created a new rule which bans Guests from re-entering the Park one hour before close. This rule, then, not only affects locals who just want to pop in, but Guests who may be on vacation in the area and planned to leave the Park to grab a snack or make a dinner reservation before they pop back in to utilize the last hour of their purchased Park ticket.

Andrew Hyde (@OnlineHyde) posted the new signage which is seemingly posted at Six Flags Over Georgia. It seems that the theme park Guest is looking to Selim A Bassoul, the new CEO of Six Flags to recognize the flaws in this new rule.

If this is Six Flags’ new CEO’s idea of guest service this ain’t it. What park (outside of a Halloween event) doesn’t allow guests in a hour before close?

Considering how much hours have been cut this isn’t good.

If this is Six Flags’ new CEO’s idea of guest service this ain’t it. What park (outside of a Halloween event) doesn’t allow guests in a hour before close?

Considering how much hours have been cut this isn’t good. https://t.co/P8Nghva0oj pic.twitter.com/N5qqhCts5J

Some Guests replied to the thread, noting that other Parks such as Cedar Fair do this as well. As someone who worked at Cedar Fair for years, I can note that re-entry was never an issue no matter when a Guest was trying to arrive into the Park. At the moment, the only way that Guests can be turned away from Walt Disney World or Disneyland is if they do not have a Disney Park Pass reservation, or if they are Park-hopping but the Park in question is at capacity. Any Guest with a Park Pass, however, would never be denied re-entry no matter what the capacity limits until after close. Universal Orlando Resort and Universal Hollywood also do not have this issue.

Unfortunately, this new change is not yet communicated on the Six Flags website, which could be cause for confusion among Guests. The site currently states:

If you need to leave the park and plan to come back in the same day, you first need to get your hand stamped at the exit/re-entry gate. When you return, you must re-enter through the main entrance gate and show the hand stamp. Without the proper hand-stamp re-entry will not be allowed. Season Passholders must also get their hand stamped because Season Passes can only be scanned once per day. Transferring hand stamps is a violation of Six Flags policies and is strictly forbidden.

The Six Flags brand operates 27 total theme parks which can be found in the United States, Canada, and Mexico. Six Flags Great Adventure is located in New Jersey. El Toro, the 19-story tall wooden coaster partially derailed June 29, according to officials. A train on the ride failed to return to the station after it stopped a few yards before the “brake run” and the ride was locked down three minutes later before it was cleared, a report on the incident said:

“El Toro is expected to reopen this spring following extensive testing, inspections, and state certification,” the park said on its Facebook page. Interestlingly, a spokesperson for Six Flags Great Adventure denied the claims of the “partial derailment”, saying the ride’s safety systems “worked as designed”. The spokesperson did confirm the ride “stopped before completing its cycle.”

In California, Six Flags Magic Mountain has recently implemented a few changes. The theme park is adding a new Flash Pass, which is a pay-per-ride system that will cause Guests to pay an extra fee on top of the ticket price in order to skip the line for certain attractions.

What do you think of this new policy at Six Flags? Let us know in the comments below.