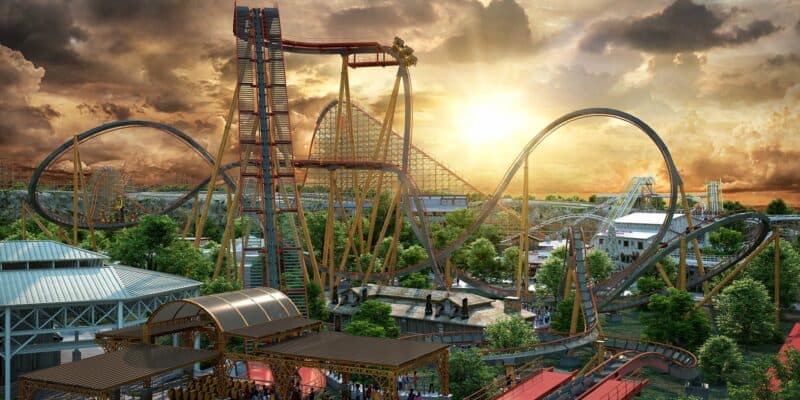 Amid the constant arms race for the fastest, tallest, and steepest rides, Six Flags Fiesta Texas just announced the opening date for one of the Park’s most ambitious projects.

We are excited to announce Dr. Diabolical’s Cliffhanger, the World’s Steepest Dive Coaster, is set to open July 30, 2022!
https://bddy.me/3bUmpxl

Testing for this thrilling new coaster has already begun, as shared by Jeffrey Siebert (@jeffrey_siebert), president of the Park, on his Twitter account.

Wow!!! Congratulations to Bolliger & Mabillard along with the entire Six Flags team for delivering an amazing ride experience of epic thrills on #drdiabolicalscliffhanger Our grand opening information is coming soon! #July2022 #SFFT2022 #bolligerandmabillard

With the Immelmann inversion and a top speed of 60 miles per hour mentioned in this description, Dr. Diabolical’s Cliffhanger will become the world’s steepest dive coaster, providing a terrifyingly exciting challenge for the bravest of thrill-seekers.

We have recently seen Six Flags make tremendous efforts to continue improving its Parks across the country, with Six Flags Discovery Park in Vallejo, California, and Six Flags St. Louis, in Eureka, Missouri opening new thrilling attractions for Guests to enjoy. And over at Six Flags Magic Mountain in Valencia, California, the tallest and longest single-rail coaster on the planet, according to Six Flags,  is opening this month!

Six Flags Fiesta Texas is San Antonio’s most thrilling theme park. Featuring thrilling rollercoasters, water and family rides for all ages, shows, and attractions, the Park has something for everyone!

Will you ride Dr. Diabolical’s Cliffhanger? Let us know in the comments below!