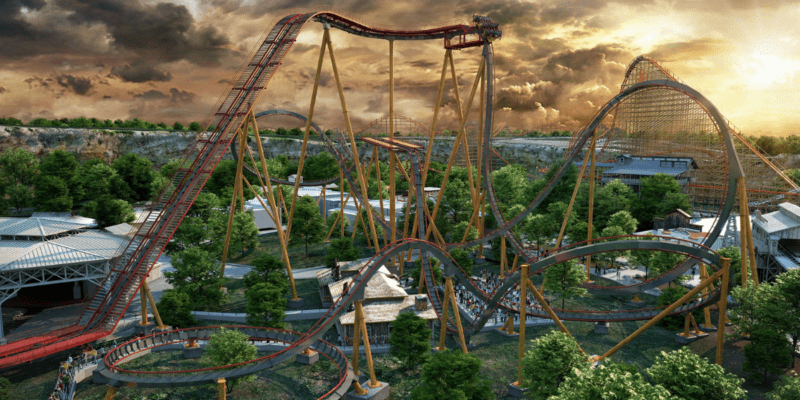 Six Flags continues taking massive steps to get ahead of other major theme parks in America as they continue to develop the world’s first 7-seat dive coaster.

A significant update was recently announced, as Six Flags revealed an official look at the first train for Dr. Diabolical’s Cliffhanger. The attraction will accommodate Guests in three 21-passenger trains, each of which will be seven seats wide.

With the Immelmann inversion and a top speed of 60 miles per hour mentioned in this description, Dr. Diabolical’s Cliffhanger will become the world’s steepest dive coaster.

Will you ride Dr. Diabolical’s Clliffhanger once it opens in summer this year? Let us know in the comments below!